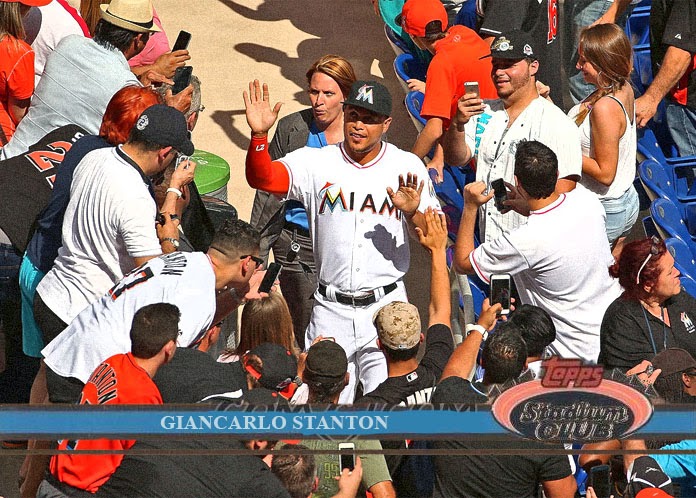 We may be looking at a superstar here. In the past five seasons, Giancarlo Stanton has gone from a speedy little outfield prospect to one of the best pure hitters in baseball, racking up a ton of home runs, and becoming the unabashed star of the Marlins. Hell, he's become so good that the Marlins have built that team around him.

This season, the team got people like Dee Gordon, Martin Prado and Dan Haren, to beef up a roster that had been slowly growing as the decade went on. People like Christian Yelich and Marcell Ozuna have become fixtures on this team, alongside Stanton.

Now, people are saying that this could be a huge year for the Marlins. The only problem with this is that everybody but the Mets, really, have had a nice start. The Braves are up by five, somehow, and the other teams are just...sort of behind them. Even the Phillies are doing well. So, what could have been a clear-cut year may be a bit foggy. The Marlins will need to work for the long run, and maybe try to outlast some of those early-season dynasties.

And hopefully, Giancarlo Stanton will have another monstrous season, and possibly take home an MVP.

Coming Tonight (?)- Robinson Cano is gonna have to fight hard to get the starting All Star nod this year, and you can thank this guy, who's become one of the most fun players in the AL recently.
Posted by Jordan at 11:34 AM