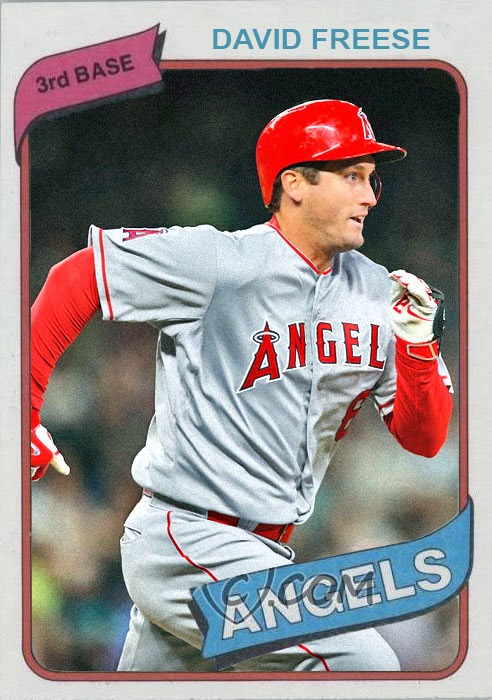 JESUS FREESE, I THOUGHT I WAS DONE HATING YOU!!!

I believe we've gone in great detail about my hatred for David Freese on the blog. I think it was Freese's big hit in the 2011 World Series that sealed the deal for me, and the fact that he kept batting exceptionally well against teams I thoroughly enjoyed (like the 2011 Phillies, for example). And he just kept being really good for the Cardinals. Like, even when he was injured for a little bit, he came back and started hitting.

And I just wanted him to just stop, maybe get hit by a tank or something (close enough), and just have a down season or two. I didn't realize that was as simple as just trading him to the Angels. For the most part, in 2014, Freese was ineffective, and didn't make that much of an impact to the team's playoff run (Trout had it covered).

And I was content with that, and the fact that he was done being a big hitting star, and he was done infuriating me.

2015 comes along, and David Freese decides to become really good again. He's had a really nice start, hitting really well and bashing a few home runs to help with LA's modest start. And I'm already going 'aw, no...not again.' I guess I hate him slightly less, because he's not on the Cardinals anymore, but it's sort of like the Cody Ross kind of hatred- just because he moves a little doesn't mean the memories have been vanquished.

I mean, I guess I'll see how the rest of his season turns out, and see if it actually makes sense to still hate him after it's over.

Coming Tomorrow- I've been talking about Cardinals a lot lately. Here's their main attraction.
Posted by Jordan at 11:30 PM