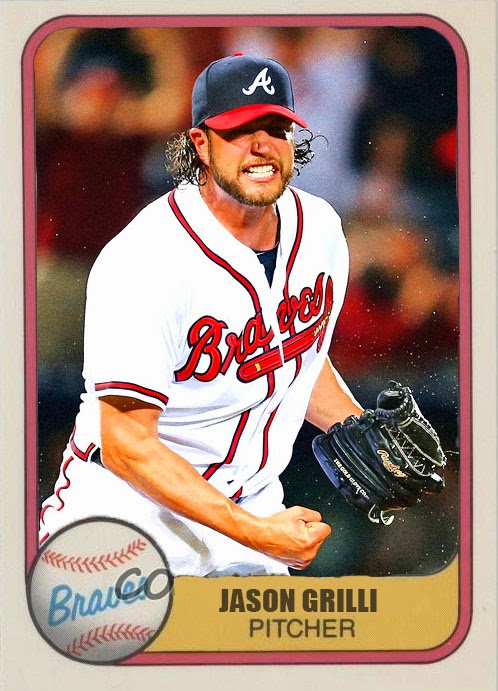 There is one question on the minds of the general public this season, and that is "What the hell is going on in the NL East?"

The two teams everyone picked to do well are tanking, and two of the teams people thought would tank are doing well. The Braves, the team so hopeless than they squeezed their last two non-Freeman stars out of the team LITERALLY ON THE FIRST DAY OF THE SEASON, are in second, aided by a ragtag group of roster additions that nobody else wanted. A.J. Pierzynski is having some nice games, two years after basically giving up. Jason Grilli, the guy who had a comeback season in 2013, is finally having another comeback season. Jonny Gomes, Carlos Quentin and Cameron Maybin are all doing a serviceable job of filling in for people performing their services on better teams.

I don't know how this worked, but for a week the Braves were unstoppable, winning their first few games and taking the east by storm. Now, everybody knows that if you set yourself up big on day one, the world's gonna come crashing down by day 162. But, while the Braves aren't in first anymore, thanks to the Mets, they're still in second.

Which is kind of mind blowing. Teams like the Nationals and Marlins are still doing worse than the Braves. Jason Grilli has the second-most saves in the NL, behind the guy who's closing games for the Mets. Hell, the Braves are doing better than the division-defending Giants, the Pirates, and yes, the Nationals. With the exception of those rascally Cardinals, every team that made the playoffs last year in the NL has less wins than the Braves.

I know this won't last too long, but it's fun when teams as counted-out as the Braves can do really well for a little while. It's pretty satisfying.

Coming Tonight- For around ten seasons, he was the star of an up-and-down Twins roster. Then he left. Now, he's back home, for one last go around for the team he loves.
Posted by Jordan at 2:23 PM

Labels: Braves, Custom Cards, Jason Grilli, what is wrong with this picture