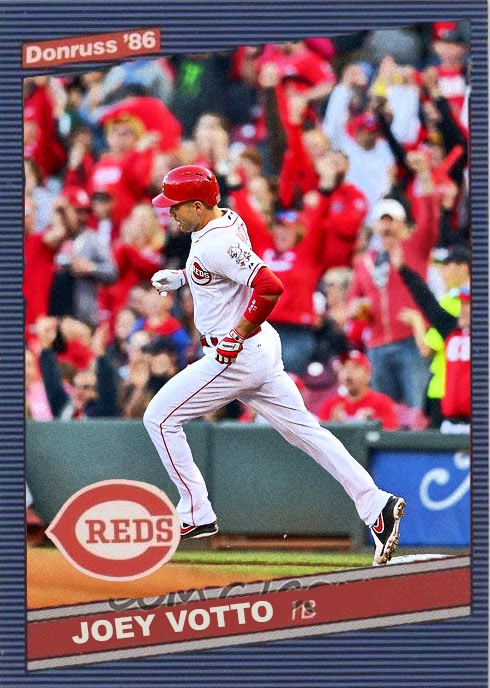 Well, this guy's having a hell of a week, isn't he?

In just a few days, Joey Votto has captured the Home Run title (again, this is just for the first week), and is cruising right along with his Reds. This is a great sign, because last season was not a great one for Votto or the Reds. Votto and his compatriot Jay Bruce were injured on-and-off throughout 2014, and the Reds suffered. Now that both are back, the bats are coming back alive, especially considering that Marlon Byrd is with them now.

The downside is that this is a tough year to be the Cincinnati Reds. You see, in this division are four other teams that could be pretty big this year. Aside from the Cardinals, there are the underdog Pirates, the slowly rebuilding Cubs, and the usually unpredictable Brewers. The Reds might be fighting a losing battle, and they might not have as many wins as Bryan Price had f-bombs tonight.

Still, it's nice to know that people like Joey Votto can hit really well, especially now.