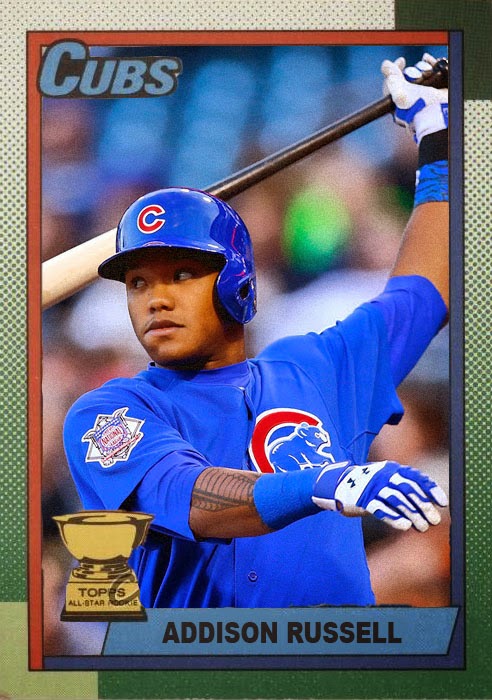 I feel like the biggest stories out of Chicago this year are gonna be about the rookies. Between Addison Russell, Kris Bryant, Jorge Soler, and even Carlos Rodon on the South Side, both Chicago teams are trying to capitalize on their farm systems, and the fact that their current rosters leave a lot to be desired, in order to improve their numbers.

So far, for the Cubs, it's working...slightly. I mean, the Cardinals are still on top, but we knew that was gonna happen. They're the Cardinals. If they have a shitty roster, then it can mean only one thing: we've magically traveled back to 1996. And trust me, I do NOT wanna learn the goddamned Macarena again.

(Sidenote- literally just found out that Wainwright might be out for the rest of the season, and that legitimately blows, because he's a great player, and because I kind of thought we were over the 'Wainwright gets injured and misses the season' hump.)

The Cubs are still in second place, which is not bad, even if the Pirates are basically right behind them. The Cubs have managed to use their youth movement to improve the overall heart of the team, and to take some much needed power waiting in the wings and USE IT. Addison Russell and Kris Byrant are working really well for them because they were both READY. Javier Baez may not have been ready last year, which is why he's back in the minors. Jorge Soler was ready last year, which is why he's mashing the hell out of the ball now.

The only weird thing is that Chris Coghlan has the most home runs out of everybody. I would not have called that.

But yeah, I like Addison Russell, and I like the Cubs, and hopefully they'll keep powering through and stay a powerful presence in the NL for a while.

Coming Tonight: A few years ago this guy was Public Enemy #1 here on Mint Condition. Now...he's still pretty nasty, but I don't hate him as much.
Posted by Jordan at 2:24 PM
Labels: 1996, Addison Russell, Cubs, Custom Cards