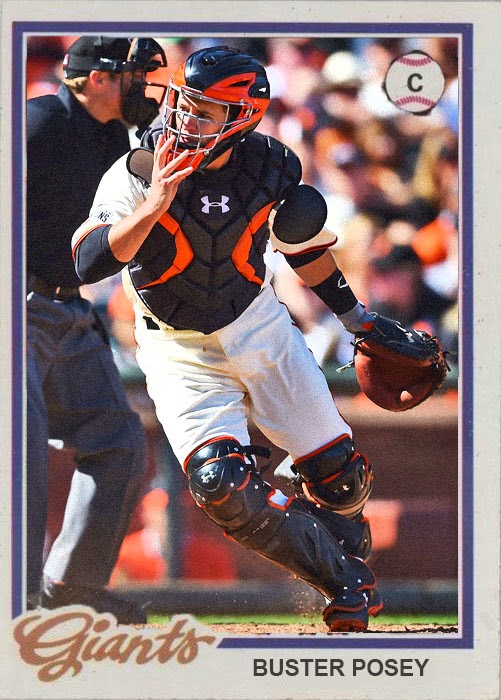 Your luck cannot get any better than that.

I mean, I was worried back in 2011 that Buster wouldn't be as good after his play at the plate injury, which made him miss most of the season, but now he's proven himself consistent and formidable, even in odd seasons. He helped carry his team to a World Series last year, and he's become one of the most reliable catchers in the NL, possibly in baseball.

Only sucky thing is his team's in last.

Either way, no matter where the Giants finish, I think Buster Posey is gonna have a nice season.

Coming Tomorrow- I've done one well-hyped Chicago rookie. Now I'll do the other.
Posted by Jordan at 6:23 PM