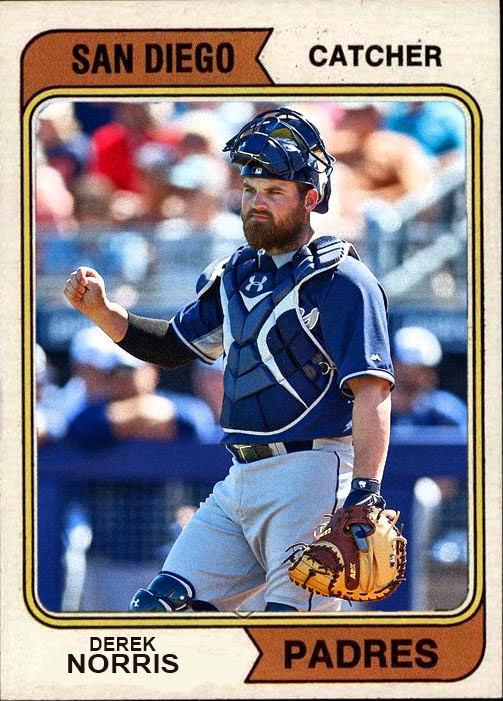 Derek Norris can swim through land.

Behind Derek Norris' beard, there is no chin; there is only another fist.

Derek Norris can catch fastballs without a mitt. He only uses one because he enjoys punishing leather.

In all seriousness, I really enjoy Derek Norris, and I like how he plays the game. I also appreciate his facial hair. He has that sort of je no sais badass about him.

Coming Tonight (?): He's the big LA rookie that everyone's talking about.
Posted by Jordan at 11:29 AM