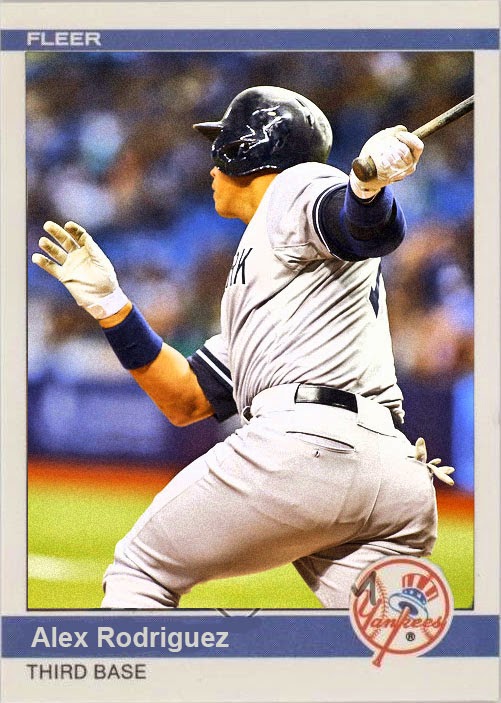 It takes a lot for someone to be loved and hated within a span of seven days.

Before the season, Yankees fans are all like 'WE HATE A-ROD, HE SHOULD GO AWAY, GO BACK TO BANGING MODELS, NEVER COME BACK.' Now, they're all like 'OH, WELL DON'T GO!"

I mean, nobody else in the league is as vexing as Alex Rodriguez right now. One one hand, he took steroids, and has been sort of ostracized from the MLB, basically treated as a non-factor, counted out by basically everybody. Remember when y'all were giving him MVPs? That wasn't that long ago, guys. It feels like he's just kinda there, really.

But, on the other hand, A-Rod can still hit the ball. And the dude's apparently learned his lesson, he's not taking roids anymore, but still, he's hit about 5 or 6 home runs so far, which, for anyone other than Nelson Cruz, is a lot. So, now Yankee fans are sort of back on his side, steroids aside. True, he's bad, he's a crappy dude, but he's hitting well, and not too many other Yankees are doing that right now. Like, Tex will have some good games, and Ellsbury is gonna eventually hit some, but A-Rod is coming alive for the first time in a WHILE, and people are taking notice.

I dunno how this is gonna factor into the rest of the season, because this may not last. The guy's gonna be 40, and his best years are definitely behind him. On the other hand, now that he's a DH, he has a lot less pressure on him, and he's just being trusted to hit, it'll be easier for him to just get back to hitting home runs.

I still don't know what I feel about A-Rod, but I imagine I'll figure it out eventually.