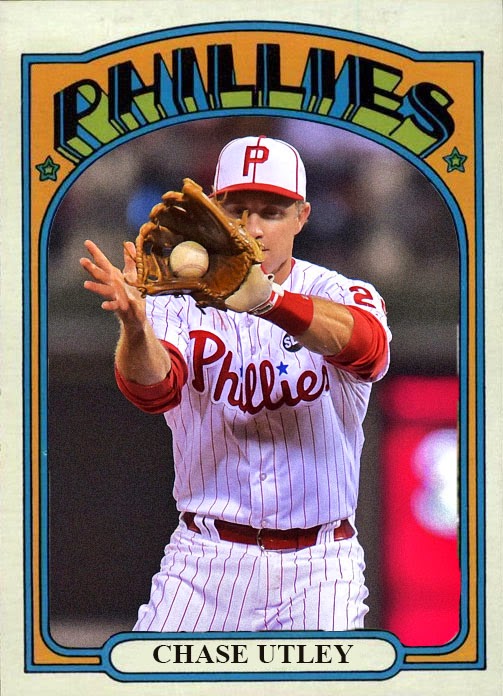 Sometimes I forget how lucky I am. This season, I'm experiencing the Yankees without Derek Jeter. But, for as far back as I can remember, I can barely recall a Philadelphia Phillies team without Chase Utley. I mean, Polanco was juuuust finishing up at 2nd when I got into baseball. So...still.

Chase Utley has had one or two injury-plagued seasons, but every other year he's been wonderful, and is still getting All Star nods, even as he rounds the last leg of his career. I'm really glad that he's stuck around, because Ryan Howard is not the star he was, and Jimmy Rollins is in LA now, so at least Utley can still be the ever-present star player that he was.

It's a little tougher this season, because this is a depleted Phillies squad, employing former household names like Grady Sizemore and Jeff Francouer, and relying on only a few bats. It's not looking like a clinch is gonna happen this season, but on the plus side there are individual performances to look forward to, like Ben Revere, Cole Hamels, and yeah, even Chase Utley.

Even though people won't be watching Phillies games for the promise, maybe they'll watch it for Chase Utley.

Coming Tomorrow- This guy was a former #1 pick who everyone thought was a bust...until he finally made his way up the system...this year.
Posted by Jordan at 11:35 PM