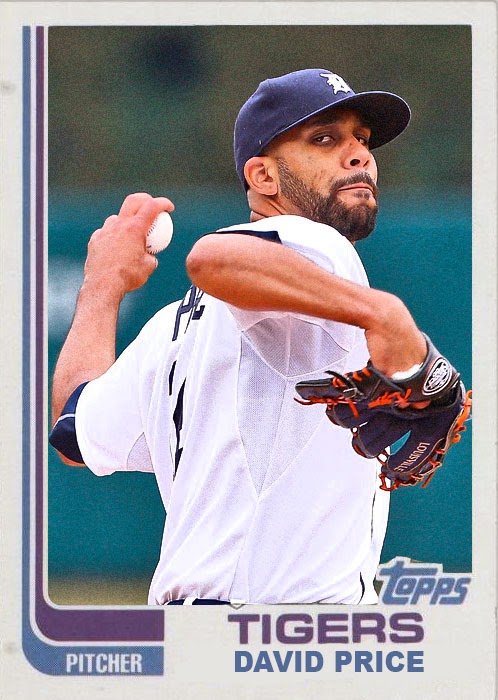 I have to admit that I was worried.

Last season, I was a bit concerned for David Price. He's had a ton of great seasons, and he's probably gonna go down as a Tampa Bay legend. But...after his first few games as a Tiger, I was worried he'd lost his stuff in the transaction. I was worried that he wouldn't get back up to the numbers he had back in 2012, or any of his huge seasons.

But then...we made it to 2015...and the old David Price returned, and started killing batters again.

This might be because he's out of my division, but I've gained a lot of respect for David Price. Right now he's pitching for a team who's lost their two best arms, one to injury and the other to Washington.  This could be a no-win situation, and here he is pitching some of the best stuff of his career, and making the Tigers relevant again. I'm very impressed with his stuff the past week. However, the past week is the past week--there's still a season to get to through all of this.

I think Price is gonna do great this year, possibly better than Verlander.

Coming Tomorrow- Last year, this guy went from being a nobody to being one of the most fun catchers in the AL...to being traded to the most prospering team in baseball.
Posted by Jordan at 11:16 PM
Labels: Custom Cards, David Price, Rays, Tigers