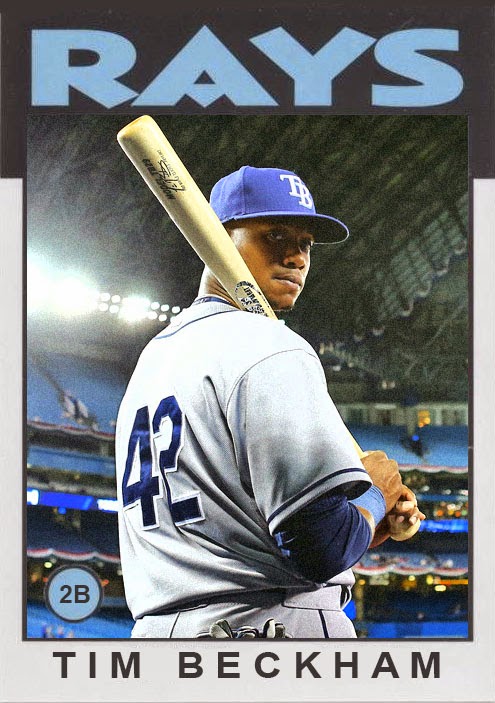 (First of all, I adore this shot)

Well, glad to finally see this guy in an MLB uniform. I was worried for a second back there, that he'd be a bust, but turns out he's finally getting some MLB play, thanks to the departure of Ben Zobrist, who I kind of thought would never leave.

For anyone who doesn't know Tim Beckham's deal, he was drafted #1 overall in 2008, and promptly stayed in the minors for the next six years. He just never had the right amount of stuff to make it, and toiled around in single-A or whatever, until he suddenly had a nice hitting streak a few years ago. Since then he's been on a mission to make it to the show, and now he's finally there, albeit in a bit of a down season for the Rays, without Zobrist or Price, or possibly Longoria (thanks for an injury).

I feel like Beckham has enough talent, now, to make a real impact this season. I dunno if he'll be the absolute best rookie this year, but he's gonna have some nice stuff, I think, even if the Rays end up in last.

Coming Tonight (?)- I dislike this team, but I can respect their catcher. Who doesn't?
Posted by Jordan at 4:16 PM