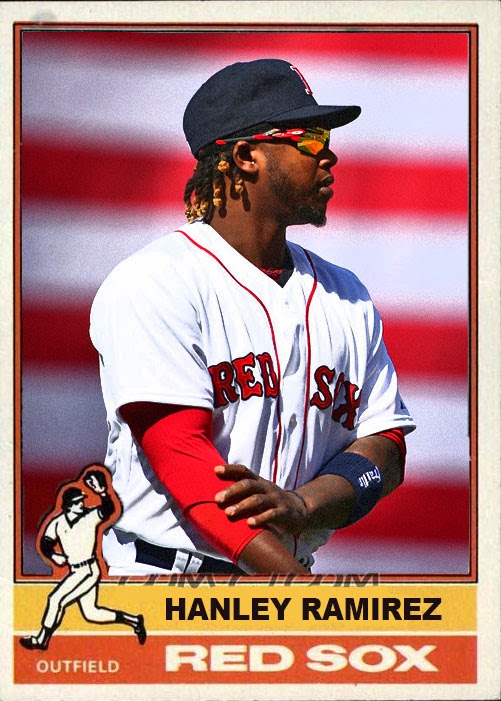 Right now the Red Sox are doing modestly. They're hitting well, and their youth movement is working, but they're burning through catchers like potato chips, and their older stars (Victorino, Napoli, Sandoval) aren't playing as well as they used to.

However, their one saving grace is Hanley Ramirez. Because he's hitting up a storm right now.

The guy had decent numbers in his two and a half seasons with the Dodgers, but the injuries kept hitting and limiting his playing time. The Sox thought the best move would be to move him to the outfield, to keep him out of the stress that comes with playing shortstop. So, they moved him back, benched Rusney Castillo for a bit, and it's been working pretty well. Han-Ram has had a great start, hitting the 2nd-most home runs in the AL (behind that rascal Nelson Cruz), and making a definite case as a huge star (yet again)

I love how Hanley has grown from a young, ROY-winning speedy shortstop, to a powerful hitter in one of the most hitter-friendly divisions in baseball. I like how even when he was having a few DL stints, people still thought of him as one of the best players on that Dodgers team. I love the fact that he's back to hitting well. People counted him out, but I think he has a bunch of great seasons left in him.

Coming Tonight (?)- Probably the best Jewish player in the leagues right now. Off to a nice start in DC.
Posted by Jordan at 3:11 PM