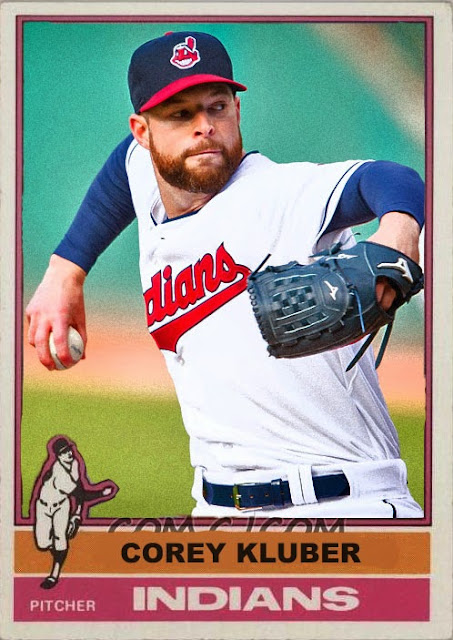 Do you have any idea how much skill it takes to strike out 18 batters from the best team in baseball?

Especially when said team is the Cardinals, and you play for a team that's in last in the division, and you've not won a game yet?

So much skill. Thankfully, this is skill that Corey Kluber's been saving up for a while.

I mean, even if the Indians aren't doing great, Kluber is still a powerful, strikeout-reliant pitcher, and the Indians haven't had one of those since Cliff Lee left (yeah, Justin Masterson was alright, I guess). Plus, the dude won a Cy Young last year. This was a year where I thought either King Felix or Chris Sale had it all wrapped up, and Kluber came in and stole it.

The guy's got some nasty stuff, and hopefully what he did in 2014 isn't a fluke. I think he's in it for the long run. He's gonna have some nice seasons, though I'm not sure if all of them will be for the Indians.

Coming Tonight: The guy that's been lighting it up in Denver.
Posted by Jordan at 2:00 PM