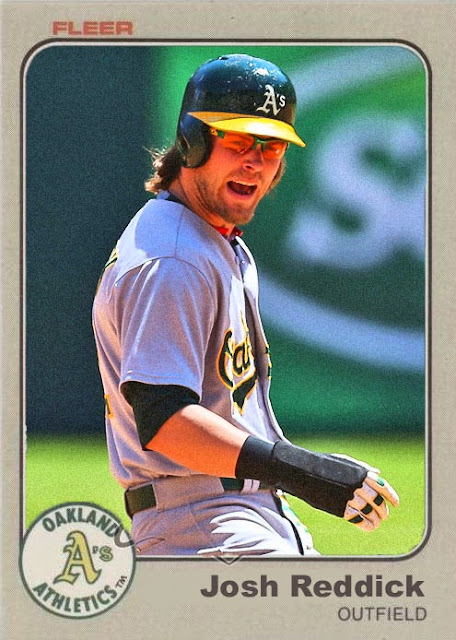 That's right, folks. Now that Josh Donaldson, Derek Norris and Brandon Moss have all flown the coop, and Coco Crisp is basically out the door, the A's are back to what they were at the top of the decade- a decaying, depleted, desperate-to-rebuild kind of team.

Josh Reddick, along with Sonny Gray and Stephen Vogt, is among the few sources of power that the A's have left. Reddick has been back to his old tricks, hitting for average and for distance, all while erasing memories of his torrid 2014. Only problem is he's just one guy, and the rest of the team isn't doing very well.

It doesn't help that their division is very tough, filled with a lot of pitcher-bashing offenses, and a lot of pitchers that specialize in mowing down shitty offenses. If you had to face Felix Hernandez multiple times in a season, you'd be hurting too.

I don't know if the Athletics will get out of their current rut, but it's between them and the Rangers, and thanks to Prince Fielder, the Rangers might be staying out of last for a little while.

Coming Tomorrow- A reminder that the Phillies can indeed win games, and that their farm system is flourishing now that they're in last.
Posted by Jordan at 11:28 PM
Labels: A's, Custom Cards, Josh Reddick