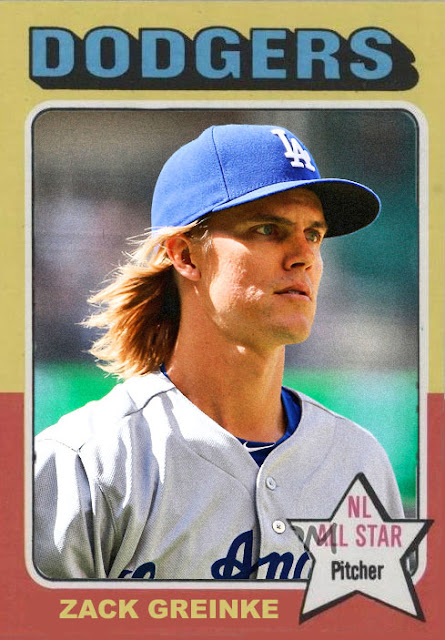 Safe to say, I don't think the sports world was ready for Clayton Kershaw to have a down season.

I think people, especially Dodger fans, would be even more worried if they didn't have Zack Greinke to root for, because the dude is throwing fire.

I mean, the last few seasons for him have been pretty nice, as he's been a definite success as Kershaw's second-in-command, but this is the first season where Greinke's going in there and completely dominating the pitching staff. It's helping a bit that Ryu and McCarthy are just getting injured around now, making the decision to trade Dan Haren an even worse one. But still, Kershaw's got some nice numbers going, is throwing some great games and racking up a nice amount of wins.

Greinke hasn't especially dominated a roster since he won the Cy Young in 2009. And he's had some excellent seasons since then, but none where he was the true defining factor behind a team, or a rotation's success. This season may end up being that chance for Greinke again, and I really hope he keeps posting excellent numbers. He's a fun pitcher, one I love when he's 100% on.

Coming Tomorrow- I was worried for a second about this guy, after his subpar 2014 season. But, lo and behold, he's back to completely dominating the batting numbers. His father would be proud.
Posted by Jordan at 11:06 PM