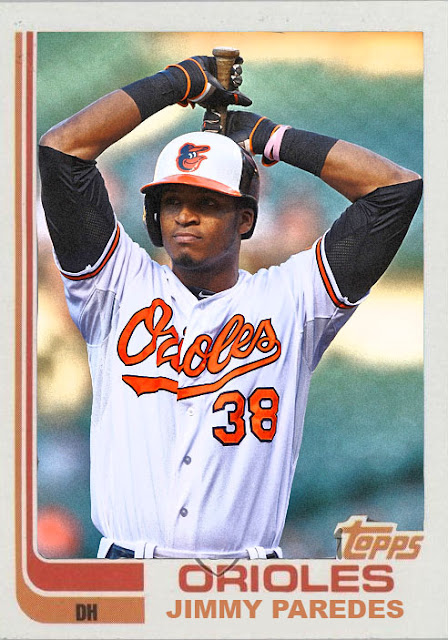 How's about this guy's little spring to relevance, eh?

Maybe it took the absence of Nick Markakis, but the youth movement in Baltimore has been surging this year, thanks to Manny Machado, Caleb Joseph and, of course, Jimmy Paredes, who had a spectacular May, springing into form and staying atop some charts for a while.

For a while I thought this would be an all-Adam-Jones season for the Orioles, but they're spreading the goodness around. Machado's playing beautifully, and a custom of him will be out very, very soon. And now Paredes is smoking the ball, which is relatively easy for him because he's been doing a lot of DHing.

I think the Orioles are a good team, but by the way the AL East is going, I have no idea if they're gonna become of everything. The Rays and Yankees are bobbing around to see who stays in first, and neither are, in my opinion, a first place team. If the O's get back there, they won't leave. They'll make a run that will rival the run they had last year. I really hope that happens, because they're a fun team.