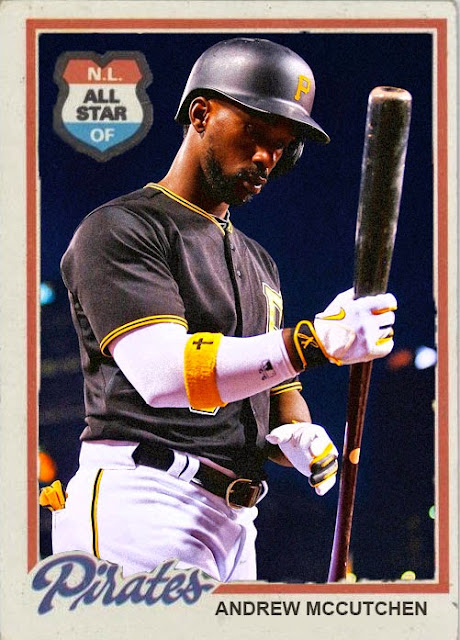 I didn't think it was possible for Andrew McCutchen to have a down season. I didn't think he was capable of it. But, here we are.

So far this season, Cutch has had a subpar average, and has been playing...not like Andrew McCutchen. A lot of people are attributing this to his bad leg, and it's not entirely healed. I am siding with a lot of those guys, because I've seen him run and hit in the past, and this, for the most part, is not the same guy. Which is a shame, because he's one of my favorite players.

I really hope people still vote for him to at least be a reserve for the All Star game, because he's still great player, and the fact that he's not off to the greatest start so far in 2015 should not define him. He hopefully will have more really nice seasons, because the Pirates need him to be the moral core of the team, to power them through their current place in the standings. Cutch needs to be there, and hopefully his numbers will improve as the season goes on.

By the way, my horizontal to vertical ratio for McCutchen is 4 to 3. Imagine that.

Coming Tomorrow- There's a lot of discussion about this next guy's qualifications for Cooperstown. Well, he just hit his 400th home run, and is the anchor of a declining western roster.
Posted by Jordan at 11:11 PM