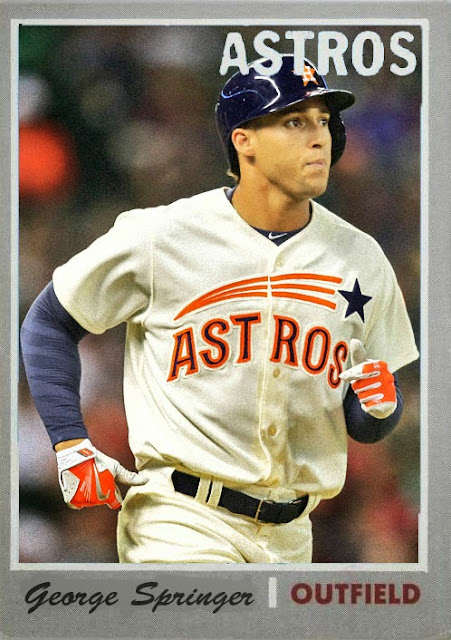 This year, every sportswriter in America predicted that something huge was going to happen in Miami. Things had been building for a few years, the farm system had begun to climb upwards, and by 2014 we had a solid, confident roster, where there used to be just tons of dead space.

The writers thought that the Marlins, a team that had been consistently terrible for a few seasons, had enough stuff built up to be truly successful in 2015.

And they were wrong. Just ask Mike Redmond. I think he's easier to contact now.

However, they weren't wrong about the tactic. Because that's where the Astros have come in.

Ever since 2011, the Astros have been stockpiling young, raw talent. It started with Jose Altuve. They needed a guy to build a team around, and that guy fit. And then people like Chris Carter, Dallas Keuchel and Jon Singleton started working their way up and making a name for themselves.

And then, last year, George Springer arrived on the scene. And he rocked the entire roster, took the reins, and became one of the most powerful players on the team. I swear, this guy is heading for some big things, and he's doing a lot of damage in Houston.

I really hope something nice happens to the Astros. I mean, it's a tricky division to do well in, but the Astros could either hold on for a while or sink back to the bottom. I just like what they've been doing.