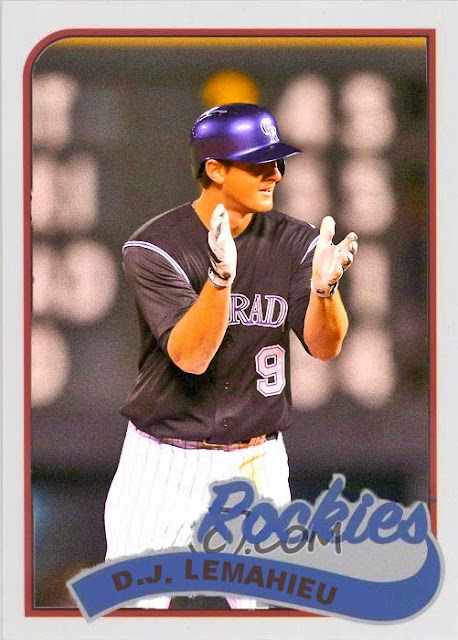 You know, for a team that plays in one of the most hitter-friendly ballparks in baseball, there hasn't been a ton of hitting going on from the home dugout. Sure, the guys who play against the Rockies have a grand old time, crushing the crap out of the mediocre Rockies pitching. But other than a few people, one of whom being D.J. LeMahieu, nobody is really hitting too well for the Rockies.

I mean, last season you had Troy Tulowitzki, Charlie Blackmon, and The Second Coming of Justin Morneau, and all of them were on, not even counting Wilin Rosario and Corey Dickerson. So obviously the pieces are there, especially now that CarGo's back on the table. Yet none of them are hitting. Only LeMahieu is doing most of the heavy-lifting here, which is kind of pathetic.

This isn't to diminish the efforts of LeMahieu. He's had a phenomenal start, hitting for high average and accomplishing stuff that nobody else on his team is really scratching the surface of. If he keeps this up, he's gonna be pretty great for the long run. Imagine him, CarGo, Tulo and Blackmon all on point. That could be pretty powerful.

I dunno if the Rockies are going to hold onto everybody or deal some guys at the deadline, and it may  be Tulo's last season in Denver. Still, as long as some people who are hot, people like LeMahieu, stay on the roster, they'll be fine.

Coming Tomorrow- The Yankees needed this guy to have a huge season. And...so far, that's exactly what this pitcher's been doing.
Posted by Jordan at 11:09 PM