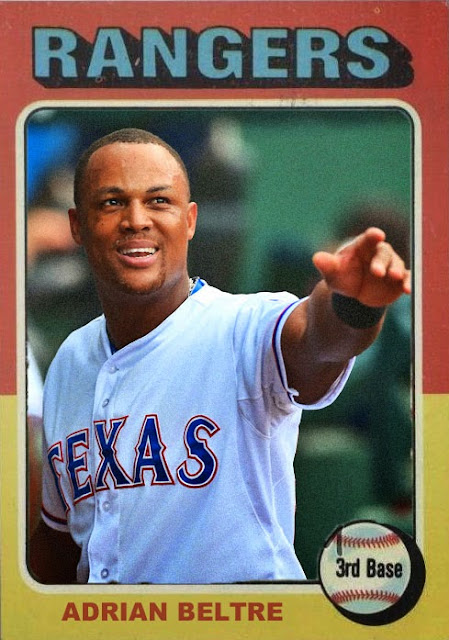 Sorry about that, folks. Couple of busy days. Headed for a couple more, too.

Adrian Beltre hit his 400th home run last week. This is a guy who's had a string of really nice seasons, and flown under the radar for a while until finally breaking it big. I swear, this is the guy that saved these Rangers teams from going completely under after Young, Hamilton and Kinsler all left. Beltre would keep hitting home runs and making All Star teams, lifting the team on his back.

I don't know 100% if Adrian Beltre's a hall of famer or not. He has some nice numbers, for sure, but he was never really a household name. He's been very good for quite a while, and is setting a standard, but for a lot of people, he's not a Hall of Famer. Maybe the case will be better in a few years, or if he hits some more home runs or something, but as it stands, he'll stay on the ballot for a while but I doubt anything will come of it.

Coming Today (or tonight): The man whose bat has caught fire this month, the exact time his team needs it.
Posted by Jordan at 12:17 AM