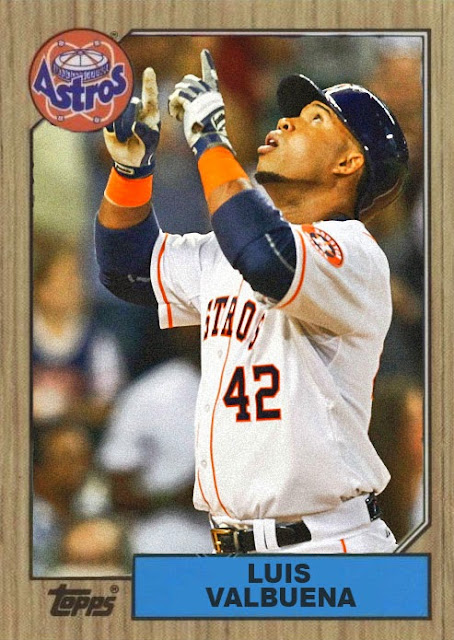 I'm not sure that the Astros are still the hot issue in the MLB, but I still think it's fantastic that a team made up of farm system call-ups, and maybe one or two minor contracts, is doing THIS WELL in the standings. Like, even the Angels, who are made up of almost entirely contracts, are behind them in the standings.

Luis Valbuena, as of a couple days ago at least, was high up in the charts, with 10 home runs, and a nice sized BA. This is great for him, as the last few seasons haven't especially been eventful for him, as he was with the Cubs, and he was...serviceable, but not really a major player. Now, he's hitting well, and becoming a very nice piece of the offensive in Houston. Him, Altuve, Gattis and Springer are all leading this charge of batters.

And again, I really want this to keep going, but I don't know if it will. The Angels are definitely a strong force, and if Freese and Trout keep hitting, they could be dangerous down the road. So as much as I'd like the Astros to waltz to the end, I'm not 100% sure if they will. But...it'd be kind of nice if they did, I guess.

Coming Tomorrow- One of the two HUGE PITCHER SIGNINGS this year (that I haven't made a custom of yet, so sorry Scherzer fans). This one's the one that landed in San Diego.
Posted by Jordan at 11:30 PM
Labels: Astros, Custom Cards, Luis Valbuena