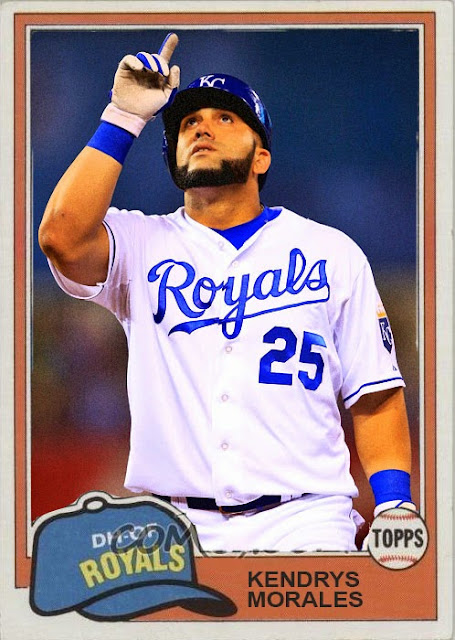 I love the fact that I get to say this next sentence: How About them Royals?

I swear, I loved how they played last season, especially under the circumstances that there was a team in their division that was a ton better than them (that they still outdid in the playoffs). And I adore the fact that they're one of the best teams in baseball right now. And I think Kendrys Morales is one of the reasons.

For a guy that wasn't on a major league roster until halfway through the season last year, Morales is playing beautifully, hitting for numbers not reached since his days on the Angels. He's getting high numbers in the Average and RBIs category, and he's helping lift the team's morale. I think him and Hosmer are the standards for everybody on the team, and it's helping lift the morale. Besides, with a  few exceptions, this is basically the same team as last year, and they're getting to places they never got in 2014.

I hope Morales keeps hitting really well, because his a success story the AL needs, mainly because unlike Nelson Cruz, I don't think it was fueled by HGHs.