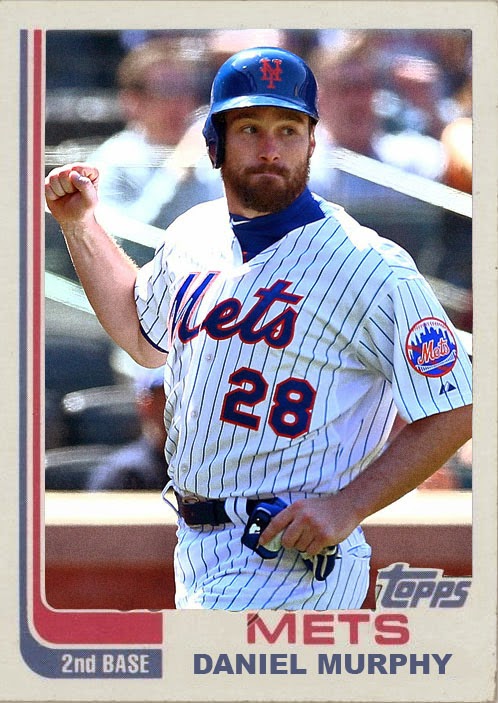 Last week there was this big festival at my college, with bands, carnival attractions, and more drinking than you could possibly imagine. A friend of mine brought a guy who'd already graduated, and we were talking for a while about sports. This guy was a huge Mets fan, and he's the kind of Mets fan who will not take 'the Yankees are better right now' for an answer.

There was one alarming statistic he kept bringing up. This season, the Mets had started with an 11 game streak, in April. The only other times the team has had such a streak in April, they would either go to the World Series or get relatively close to it. Which means this happened in 1969, 1973 and 1986. It also happened in the early 90's for some reason.

And that was the kind of stat that got a 'yeah, right' from me. Stats can't tell the future. Stats are just predictions, and predictions can be wrong. People only listen to statistics when they're right...which isn't very often. So I hear a stat like that, and I'm like, whatever, it's not gonna matter in the long run, you can't confirm that that kind of shit's gonna work.

However...this is the kind of Mets team that could theoretically make something like that work this year. People like Juan Lagares, Curtis Granderson, Daniel Murphy and Lucas Duda are all playing pretty well right now. Hell, even Kevin Plawecki, the guy they brought up to replace Travis D'Arnaud, is off to a really nice start. And the pitching is definitely impression, especially guys like Matt Harvey and Jacob DeGrom.

Also, Bartolo Colon is pitching really well...but this is mostly thanks to his supernatural miracle cream he uses on his arm that makes it ten years younger. So it's not too shocking.

Look, we're dealing with a Mets team that is outdoing both the Nationals AND the Marlins for the top of the division. These are two teams that have some well-built structures going on, and they're being bested by the Mets.

So...I know it's a crazy little stat that my friend brought up, but it may end up being more accurate. Of course, it may not. But it's baseball. You can never call it.