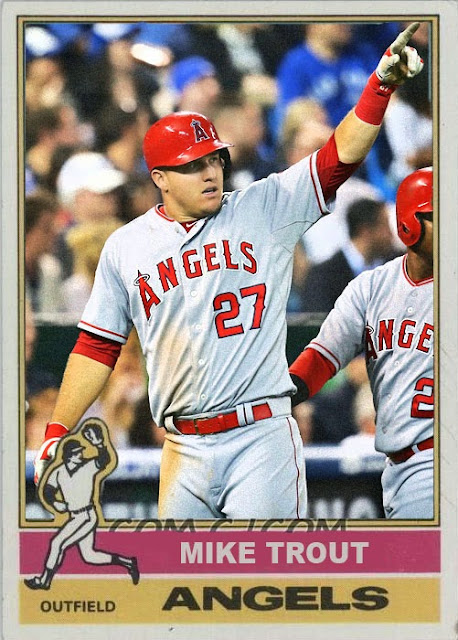 I think last year I said that Miguel Cabrera was the best player in baseball. And this was in the midst of the very rare Miguel Cabrera Down Season. Only happens every once in a while. But I think it was just so I could figure out that Miggy couldn't be the Very Best for much longer.

Besides, Mike Trout is dominating the game, and has been ever since 2012.

I'm not here to protest the ruling. I'm just here to confirm it. Mike Trout has been playing consistently excellent baseball, hitting homers and playing some awesome defense. This is the guy that took the spotlight, in 2012, away from one of the biggest players in baseball, who had just joined his squad, Albert Pujols. Mike Trout made Albert Pujols look small. And he's been doing that for a while, too.

I'm convinced that Trout of capable of even bigger things, and I don't want to be proved wrong. I don't want his numbers to dive off a cliff, because he's too good for that. I hope this guy's career is as good as the last three years were for him.

Coming Tonight- Keeping with our 'LA' theme, a pitcher who's been absolutely killing it on the Chavez Ravine part of LA, and delighting fans in the statistical absence of the usual star pitcher.
Posted by Jordan at 1:49 PM
Labels: Angels, Custom Cards, Mike Trout