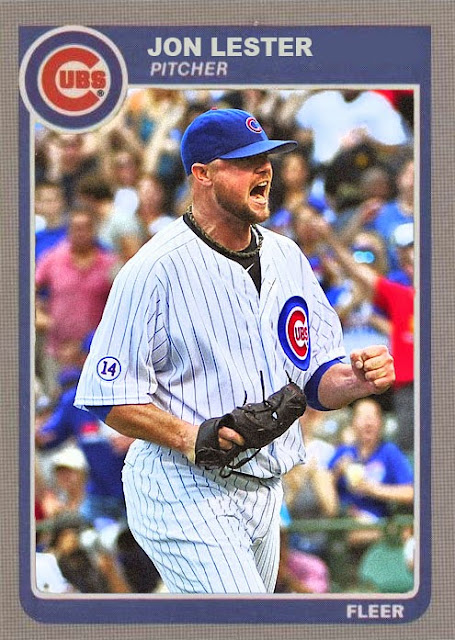 In two weeks I'm gonna be landing in Chicago.

I mean, every once in a while, my folks and I will take a couple days and go see some baseball somewhere in the country. A couple years ago we went to California and saw the Giants and the Dodgers. Then the next year we saw the Nationals, Pirates and Indians parks.

This year, as evident by the Lester custom, we're hitting Chi-Town, and we're seeing the Cubs and the White Sox play on consecutive nights. I know, it makes a lot of sense, but it's infuriating both fan bases that we're seeing the other. Besides, my dad hasn't been to the Sox stadium in a little while, and neither of us have been to Wrigley.

Besides, Wrigley's a rite of passage. I'm going on a tour there, too. So I'm probably gonna take some pictures for the blog. As you do.

I think it's a nice time to go to Wrigley, because the Cubs are doing pretty nice for themselves, mainly due to Rizzo and Bryant, but also because of the consistently awesome performances by Jon Lester. The guy's been in the league for ten seasons, and he's still pitching like a pro, even if he's gone from one semi-cursed roster to another.

So yeah, hopefully when I'm in Chicago, the Cubs will give me a warm welcome and have a nice game.