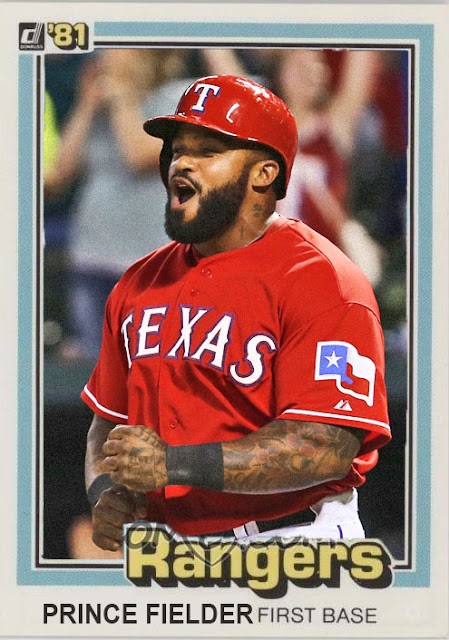 In 2013, Prince Fielder was one of the best hitters in baseball, getting a bunch of MVP votes and being a part of a semi-triumphant Tigers roster, making it far enough into the playoffs to remain relevant.

In 2014, he fell out of it. He got injured, stopped hitting, and was sort of a non-presence in the MLB. And it was very sad, because Fielder's a great player, he's had a ton of really nice home-run heavy seasons (no pun intended), and I really hate it when somebody like him has a down season.

Well, thankfully he's back to leading the league in some categories, hitting for high average and high RBIs, and hitting a ton of home runs. I don't know how he did it. Maybe he just needed to wait for people to lose hope, and then come back and gain it all back. But either way, it's exciting, and it's really nice to see Fielder back to hitting again.

Coming Tomorrow- Well, the Cardinals are still doing well, so I still have to make customs of them. So here's the pitcher that's making their fans not as outraged about Wainright being out for the season.
Posted by Jordan at 11:19 PM
Labels: Custom Cards, Prince Fielder, Rangers