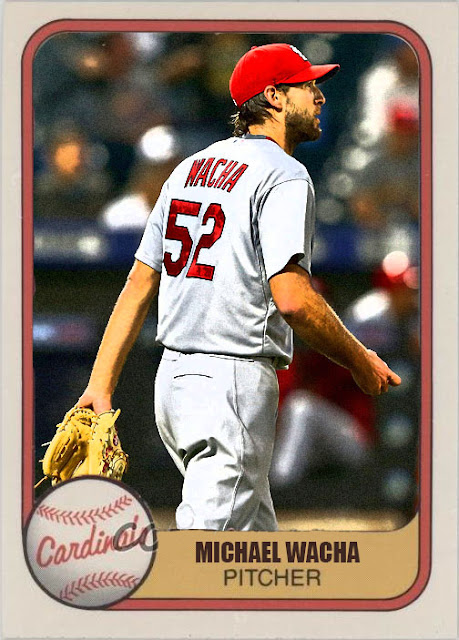 I kid that the Cardinals do a lot of staying in first place despite having really no business being there, but i think that this year, they do have a lot built up.

True, a lot is working against them, like the loss of their star pitcher, but at least they have Michael Wacha, and he's been doing really well this season. I remember when he came up, they touted him as this ultra-mega-prospect, and then they kept him in the bullpen for a little while. I thought, 'well, is this gonna happen or not?'

Thankfully, this season he's back in the rotation, throwing fire and impressing a lot of people. Plus, this is a season where the Cards' rotation has sort of been counted out. Other than Lance Lynn, there aren't a lot of definites. Now that Wacha's back, there's a lot less confusion in that area, and a lot more confusion as to why Jason Heyward still has the starting job.

I honestly have nothing against Wacha. If I'm gonna hate a Cardinal, it's gonna be Matt Carpenter. Wacha is fine, and he throws some nice games, so I've got no problems with him. Simple as that.