Adrian Beltre Will Not Slow Down 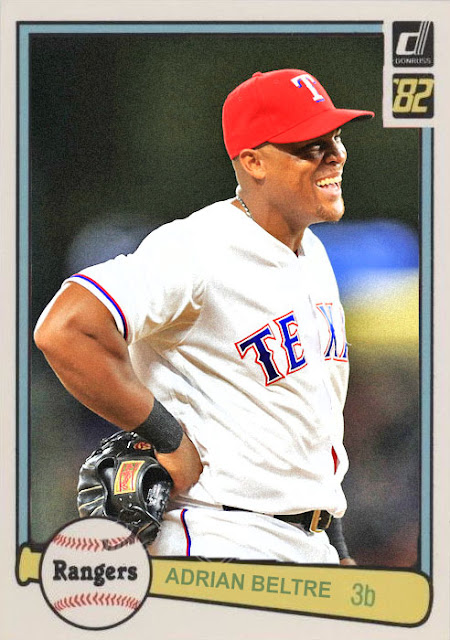 And he's still one of the best offensive providers in Arlington. I love that.

Adrian Beltre is one of those guys that didn't become an absolutely elite player until he was well into his thirties. Yes, the 2004 season happened, but it was a blip on the radar in between a mess of 'good enough' seasons. Cut to 2010, where the guy's drilling holes in the Green Monster like it's his job, like it's a completely different guy. He gets on a plane to Texas, joins a World Series caliber squad that sadly loses to a ragtag team of horrible people (aka the St. Louis Cardinals).

Some would move on. Not Beltre. He's been the third baseman in Texas since 2011, nabbing MVP votes every single year of his tenure, hitting home runs and playing some impressive defensive ball, and being one of the supreme faces of the team in the departures of Michael Young, Josh Hamilton and Yu Darvish.

I have no idea how it's humanly possible for him to still be really good at 37, because he's established how non-steroid-friendly he is, and he's also one of the longest tenured major leaguers not named Alex Rodriguez or Bartolo Colon. He's also a guy who's been around long enough, and good long enough, to be a potential Hall of Famer once he retires, which has to be one or two years away at this point.

I love the fact he's still a great player, and that he's still a centerpiece for this Rangers team, because they need one if they're gonna head up the division like they've been doing.

Coming Tomorrow- One of the many power-hitting position players in Denver.
Posted by Jordan at 11:26 PM