The Second-Most Important Upton in Detroit 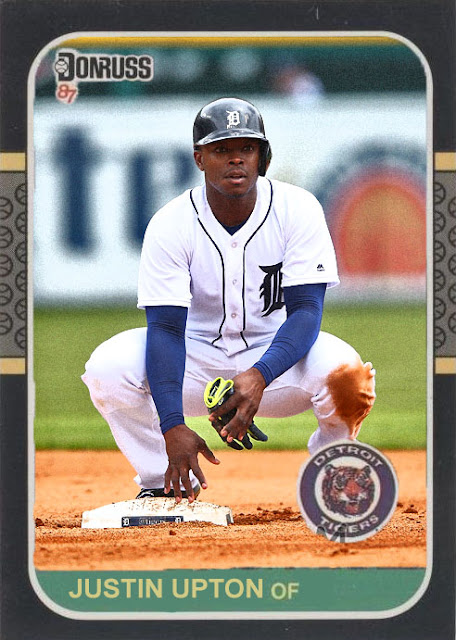 Right now Justin Upton is playing some pretty solid baseball in Detroit. I mean, this shouldn't be too much of surprise. The last few seasons, on hard luck teams, Justin Upton's been fantastic, smashing home runs and keeping cool. The guy's still a pretty nice player, even if he's not the biggest star on the roster, like this season on the Tigers.

The thing is...as of last week, he's been demoted in terms of relevant Uptons. Because another person with the surname Upton just agreed to marry top starter Justin Verlander. Which...puts her up above anyone else, especially considering she's been on more Sports Illustrated covers than Justin (I think).

So, Kate Upton's gotta be up pretty high on Tigers priorities. And that's gotta suck for Justin. Like, he comes in this season, and wants to make an impact, but gets sidelined thanks to someone with his last name. Heck, he hasn't been the lone Upton in town since 2012. He's been on the same squad as his brother for the past three seasons, and the second he's away from Melvin, which has to be refreshing, the Kate thing appears.

I'm hoping Justin Upton does some good stuff this season, beside the Kate Upton thing. He's on a better squad, a squad that's been hitting pretty well and is currently fighting for third, behind the White Sox and Royals. They have a chance to break the mold, but they need to fight for it, and J-Up could be a big piece of this.

Coming Today: The Hebrew Hammer.
Posted by Jordan at 1:40 AM