Matt Kemp Will Not Stop Hitting 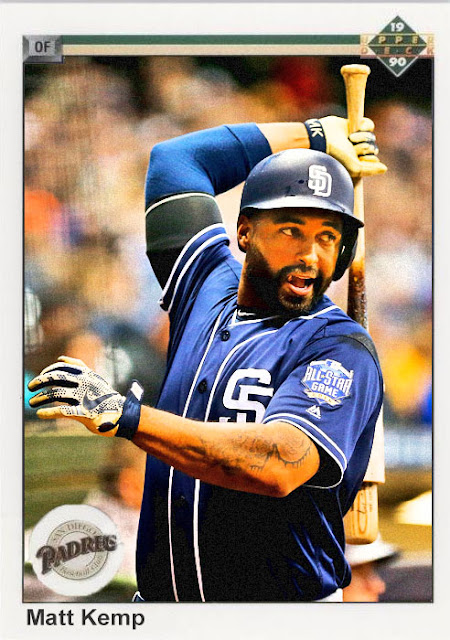 So, at this point we can all kind of agree that the rebuilding offseason the Padres had in 2014 hasn't really amounted to anything. The young guys they got to supplement the team are either injured or...not doing what they were signed for. The team's not winning games, and is in even worse shape than before the reinforcements came in.

At least they have Matt Kemp to keep hitting until he's sore.

Aside from Kemp, this is a pretty paltry roster, because everybody's either new, injured, or slumping. Jemile Weeks and Brett Wallace are starters. BJ..oh, excuse me, MELVIN Upton has the best hitting WAR on the team. Drew Pomeranz and James Shields are pitching well enough, but, for obvious reasons, are lacking in the category. Meanwhile, Matt Kemp has 12 home runs and has picked up where his 2nd half left off last year. He's hitting so well that they're probably going to trade him before he can STOP hitting well.

It's not like the Dodgers are exactly ailing in his absence- the outfield is flourishing, with Pederson, Puig and Ethier being themselves. So, at least he's somewhere where he's needed....DESPERATELY NEEDED. Without Kemp, there'd barely be any run support in San Diego. The second he leaves, either Wil Myers steps up, or they all just fall into fetal position hoping the first round draft pick can belt 40 a year.

Still, kudos to Matt Kemp for staying much more relevant than I thought he'd be when he joined the Padres.