After the Sucker Punch 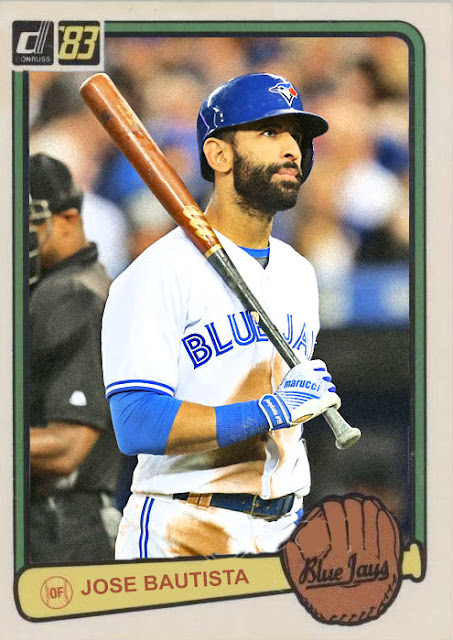 It's extremely hard to come back and present yourself legitimately after you've been punched in the face in front of the entire baseball world.

I mean, it's not everyday I feel bad for Jose Bautista, but...damn, that's tough. I mean, the first billion times I saw the clip, I was laughing and rooting for Rougned Odor, but after a while, the fact that a baseball player legitimately got punched in the face came to light.

That doesn't happen. If this was hockey, then yes, it'd be a regular, everyday occurrence. If we were talking about Manny Pacquiao, then I wouldn't feel bad. But this is a guy who works as a baseball player. Yes, baseball players get knocked down, but NOT LIKE THAT.

For the most part, Joey Bats has always been near the top of my hate list. He's a division rival, and always does really well in the home run standings. I also don't dig his attitude toward the game, and that bat flip against the Rangers last year was indeed the tipping point. Yes, that may have been one of the reasons why Odor went all Mongo-to-the-horse on him, but I don't think he did anything in that moment to taunt him.

Odor's still running out his suspension, but Bautista is back, back to hitting just well enough to still be employed, and as the Blue Jays are slumping a tiny bit without a few key elements (like Ben Revere, David Price, and a NOT-cold Troy Tulowitzki), he's one of the few guys they're counting on to stay semi-warm. To that end, I hope he keeps it up. He's already been a laughingstock. He can't get any lower, and he should know how to get back up from this sort of thing.

Coming Tomorrow- When you're pushing for 2nd when you were supposed to have no business contending this year, do what the Phils are doing. Be Like Maik.
Posted by Jordan at 1:33 AM