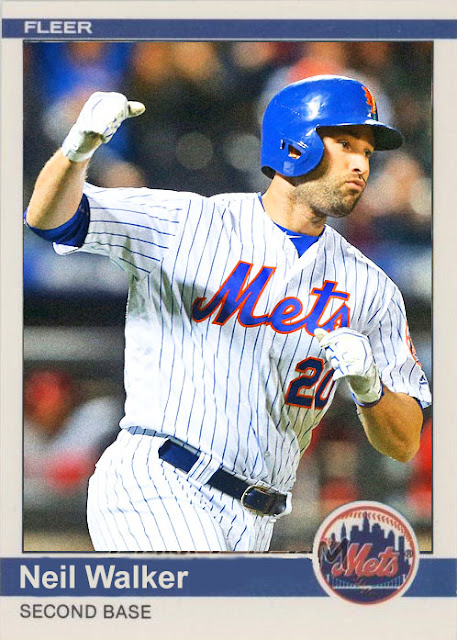 Isn't it great that even without Lucas Duda in the lineup, the Mets are still one of the best home-run hitting teams in baseball?

You have, on the same roster, Yoenis Cespedes, Curtis Granderson (BA aside), Michael Conforto, Lucas Duda and Neil Walker. Cespedes, Conforto and Walker are some of the best bats in baseball right now, and the three of them are keeping the Mets alive right now.

Well...them and the pitching, but I want to focus on the hitting, because that's pretty great too.

Cespedes is picking up exactly where he left off in 2015, hitting homers left and right and taking full advantage of his NL stay. Conforto's broke big this year, on a home run spree that spanned the end of April and beginning of May. Walker, who was primarily a defensive standout in Pittsburgh, already has 11 home runs, and is one of the offensive go-tos. Grandy's there, but his average is way down. Duda's hitting, but he's on the DL. Asdrubal Cabrera and David Wright are hitting, but less so.

Right now the Mets are neck-and-neck with the Phillies (!?!?!?!?) for second place. It's a pretty tight battle, and while it seemed a ton more obvious in April, the completeness and conciseness of the roster is making it kind of obvious as we are now.

If the Mets keep it up, they can still squeeze through to October. But that's a big IF.

Coming Tonight- Yet another White Sox custom. This one's their top-hitting outfielder.
Posted by Jordan at 10:56 AM