Succeeding without a Rehaul (In Chicago) 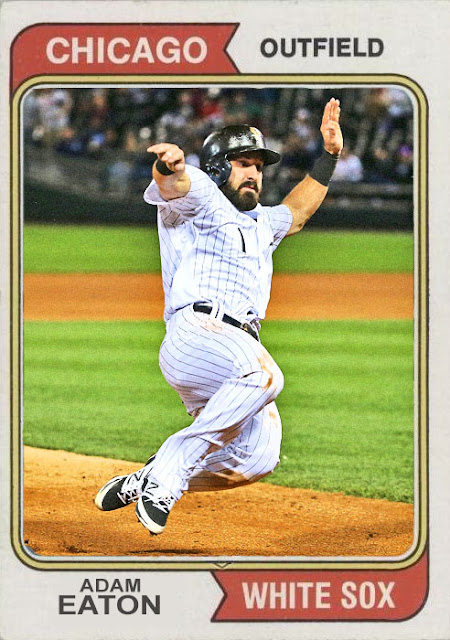 One of the reasons why I'm so happy for the success of this Sox team is because this wasn't the case of the entire team being dealt and trading for superstars and starting from the ground up.

Last year, the pieces were in place. Eaton was hitting, Abreu was hitting, Chris Sale was surging, Melky was hitting. It wasn't complete, but it wasn't all horrible. Heck, David Robertson was still one of the best closers in baseball, and the Sox didn't have to be entirely good.

All it took was filling in the infield with Brett Lawrie, Jimmy Rollins and Todd Frazier, getting little pieces like Austin Jackson and Mat Latos, and shoring up Jose Quintana. This was a winning team waiting to happen, and the fact that it's happening now is incredibly fortunate.

Adam Eaton's become one of the most powerful batters on the team, with a fantastic average and a really nice positive WAR. He's become the centerpiece of the team- he works better than Jose Abreu, whose specialty is high-power, low-average seasons. Todd Frazier's a fantastic hitter but he's not as complete as Eaton this year.

Look, if the Sox become a huge thing, they should rally around Eaton. It's taken him a while, but he's come into his own as a hitter, as well as an outfielder.

Coming Tomorrow- They're gaining on the Cubs, and their third baseman is surging again.
Posted by Jordan at 10:41 PM
Labels: Adam Eaton, Custom Cards, White Sox