Is The World Ready for an 'Okay' Cardinals Team? 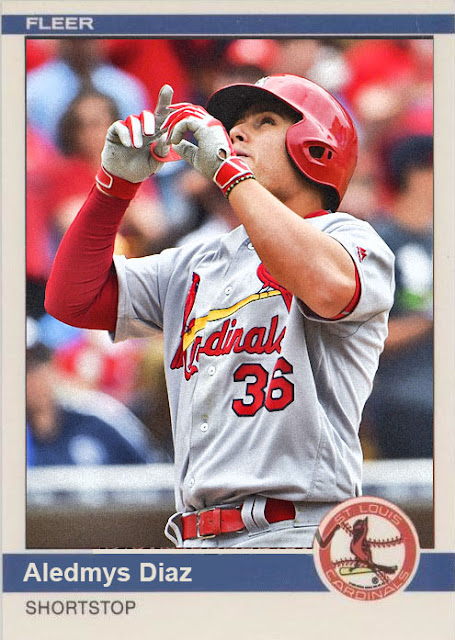 It's not every day that the Cardinals are simply 'in the middle'. Not just in the division- in the league. A lot of the in-league conflict is sort of happening...without them. The Pirates and Cubs at the top of the NL Central, the Mets and Nationals are ahead of the game in the East, and the Giants are currently prevailing in the West.

The biggest factor here? The Philadelphia Phillies have a better record than the Cardinals. The Cards, right now, are only slightly over .500, and are hanging by a thread.

The main problem with the Cardinals this year is the fact that everyone who made their team great in the last few years is either not there or injured. Jason Heyward and John Lackey, who made a huge difference last year, are both in Chicago. Lance Lynn and Jhonny Peralta are injured currently, and both made the team notable in 2015. Carlos Martinez was injured, but came back at the right time.

Also, the flood of rookies and bench players in crucial positions isn't helping either. Yes, Aledmys Diaz is definitely a step up from an injured Jhonny Peralta, but throwing someone like Jeremy Hazelbaker into the mix (at least now) sort of confuses the overall picture. The Cards have a lot of great players locked into starting positions, but not everything's as constant as they'd like, and with people like Kolten Wong and Randal Grichuk slumping, it's not the greatest sign.

I'd usually say the Cardinals need to improve, but at this rate, it'll be tough to catch the Cubs at the top. The Pirates and Cards may have to fight for second place, and if you read the blog, you know I'd rather root for Pittsburgh here. The Cards are definitely lacking their usual punch, and it's showing.

Coming Tomorrow- Brought back from the dead by the same guys who revived Scott Kazmir's career, he's pitching pretty damn well in Oakland.
Posted by Jordan at 10:30 PM