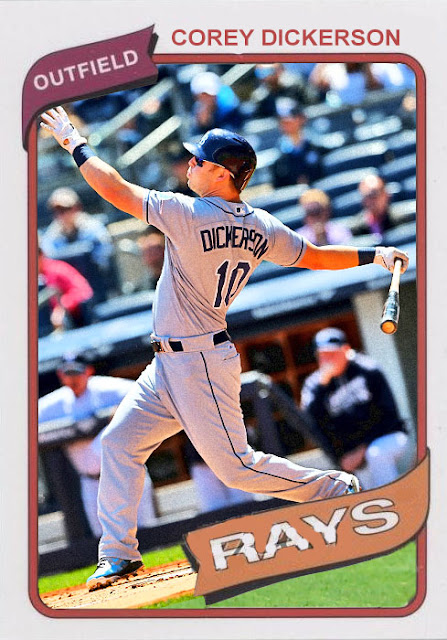 The Rays, once again it seems, have decided to sit this season out, in terms of relevancy.

Yes, Chris Archer's throwing strikes, and yes, Logan Forsythe has suddenly become amazing, but, for the third straight season, the Rays have been the forgotten link of the AL East. They're not the best, they're not the worst, but in the overall state of the division, they don't mean a ton.

And that's sad, because there are people like Evan Longoria who have stuck with this team for a while, waiting for them to hit the World Series again like they did in 2008. The fans aren't really going to games anymore, and the once proud farm system is sort of waning, giving way to a ton of older, non-grown players.

Corey Dickerson was airlifted in from Denver, and while he's hitting a ton of homers, he, like several Rays starters, is hitting below the Mendoza line. Only one guy on the lineup is batting over .270 right now, and it's the aforementioned Forsythe. The pitching's doing marginally better, but nobody's winning games. The momentum is gone, and the only thing that's keeping the Rays above the Yankees in the standings is a lucky start.

I feel bad for the Rays, and Rays fans, but hopefully something will be done to stop this from happening every year. They all deserve better.

Coming Tomorrow- Wait...is my hometown team...DOING WELL?? HOW IS THIS HAPPENING? Here's their 2nd-year fireballer, absolutely STOLEN from Houston in exchange for a closer that currently isn't closing.
Posted by Jordan at 12:31 AM