Elvis has Reentered the Building 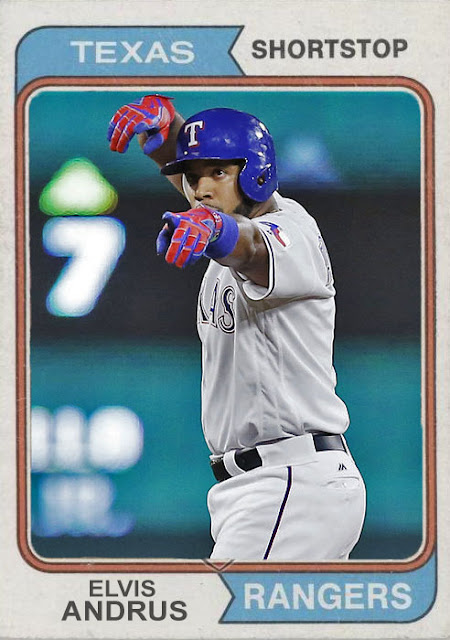 Welp, it's looking like the Rangers are awesome again. Had me going there, but they're back to being good, and it helps that they have someone like Elvis Andrus, playing some intense defensive ball, just like he did when he came up in '09.

The Rangers' biggest improvement is shifting the emphasis from big, veteran backs to younger, speedier players. Aside from Shin-Soo Choo and Adrian Beltre, not a ton of older veterans on the Rangers. A ton of younger additions, Rougned Odor and Nomar Mazara included, are leading the charge this season. They're not in first, and that would be thanks in part to the red-hot Mariners, but they're getting pretty damn close to a threat.

Andrus is a pretty nice player, and him and Odor make a pretty nice double play combo. The guy's been around for half a decade, and he's slowly been making more of an impact in Arlington, which is pretty great. Hoping he keeps this stuff up. For once I'm behind the Rangers, so maybe they'll do something cool.

Coming Tomorrow- The D-Backs are hit-or-miss this season, but their new shortstop is pretty ferocious.
Posted by Jordan at 8:50 PM
Labels: Custom Cards, Elvis Andrus, Rangers