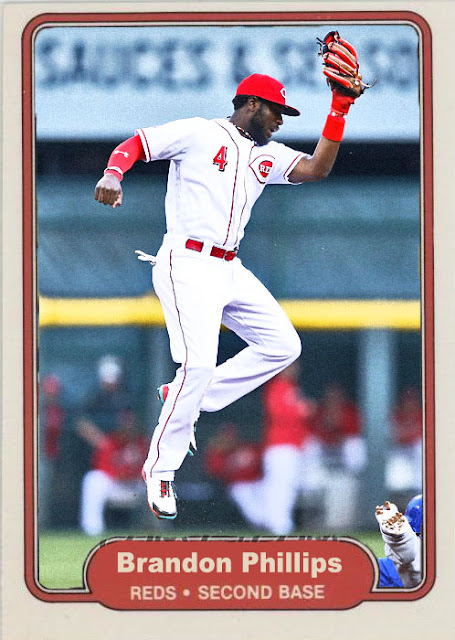 It's become common, within teams that go into the season knowing they're going to lose about 100 games, to just go 'screw it' and play the best terrible baseball possible. Someone like the Braves can give away all their star players before the season starts, rear back and say 'alright, let's get through this'. Because at the end of the terrible rainbow are some draft picks that will make sucking for a few years completely worthwhile.

The Reds have picked this strategy up wholeheartedly. Right now they have absolutely no pitching, and the main stars on their team are either people who have been there for over 6 seasons, or one or two fledgling younger stars (like Billy Hamilton). Brandon Phillips has been on the Reds since 2006, through division clinching years like 2010, and the pitfalls...like this year.

Phillips is still a pretty great 2nd baseman, and is having a pretty nice season, but there's no way in hell that he's staying in Cincinnati by the end of the year. The Reds need to clean house except for possibly somebody like Joey Votto, so they can start this whole mess again and potentially build a pennant-friendly team from the ground up. Phillips is probably the first guy to go, so if he's wearing a Royals uniform or something by September, don't be too shocked.

This idea of playing to lose has come under some criticism, as some insiders would prefer people to not completely mail it in, and try to win as many as possible given the circumstances. And, essentially, that's what the Phillies are doing this season. They have no business winning this many games, and yet here they are, circling the Mets in the standings, with a team that nobody thought was ready. This is a team that was probably going to trade people like Odubel Herrera and Maikel Franco...and now that they're good, their only option is to try.

The Reds...obviously...are not at that point yet, and neither are the Brewers, though they're doing a bit better than the Reds right now. For now, all they can do is waste away the wins until they can rebuild properly. If the Reds are back on top by 2026...remember this post.