How the Royals Can Survive (Out of First) 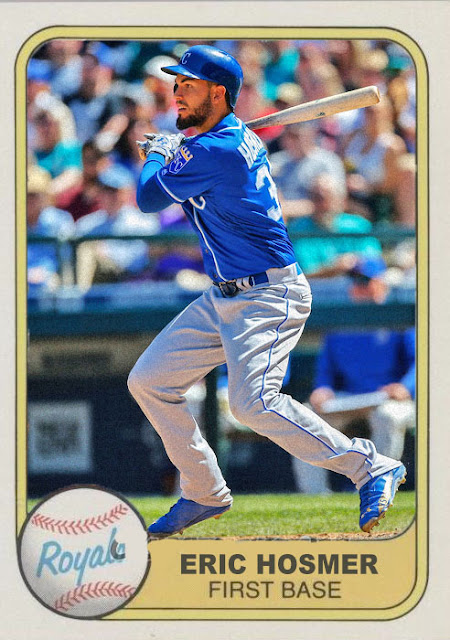 Thanks to an impressive start by the White Sox, and some surprisingly nice work from the Indians, the Royals are currently in third place in the AL Central. Which would be easy enough to stomach, if they hadn't just come off of being in the World Series two years in a row.

These guys have one of the most complete rosters in baseball, with a still-intact and impressive infield, guys who can hit home runs whenever they want, the best catcher in the AL, and some surprisingly still potent pitchers. These guys deserved the title last year, and it's kind of sad to see a lot of the roster having low batting averages, or to see people like Chris Young get constantly chewed up at the plate.

The main problem was the loss of the two people that made the Royals World Series winners last year- a solid ace in Johnny Cueto, and a more BA-friendly second baseman in Ben Zobrist. Both of those guys left in favor of NL squads, both of which are surging like hell right now. Omar Infante can play second base pretty well, but Zobrist was obviously the looker in comparison. The pitching staff is pretty okay this season, as Ian Kennedy, Edinson Volquez and Yordano Ventura are, for the most part, pretty effective, but the latter half is where the trouble starts, and the Royals have been trying to plug in newer pitchers in order to stop the bloodflow, which is....sort of working.

The elements that are working are working pretty damn well, by the way. Eric Hosmer's having his best season in years, Lorenzo Cain's gotten surprisingly hot in the last few weeks, and once Mike Moustakas gets off of the DL, he'll get back to murdering the hell out of AL pitching.

I'm not supremely worried about the Royals- they're probably going to end up with a winning record this season. I do think that they have what it takes to get back to the top, and contend with the White Sox for the division title, but it's going to take the rest of the team to start hitting again, and some other factors to click into place. It's not going to be a cakewalk like the last few years.

Coming Tonight- The guy's spent ten seasons in Cincinnati. This might be his last one.
Posted by Jordan at 4:32 PM