The Entirety of Chicago Says Hello 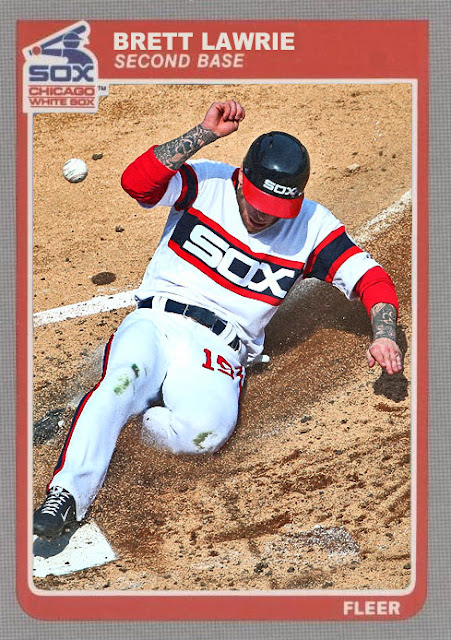 Last year I made it a point to see a city I'd never seen with my own eyes, and go to as much baseball as I could. When I arrived in Chicago, I already had tickets to see games on both sides of the city. Surprisingly, both teams won. Even the White Sox. They won on a pair of home runs from Melky Cabrera and Adam LaRoche.

Now that I'm home, and they're doing pretty damn well in the standings, I'm not exactly surprised. They had the makings of a good team last year. They just tightened the living hell out of the roster, and the success is rational.

Most of this is coming from pickups like Todd Frazier and Brent Lawrie, making up a pretty smooth infield with Jose Abreu and the surprise resurrection of Jimmy Rollins. The pitching staff is also doing a solid job, thanks to Chris Sale taking over the league, and people like Carlos Rodon and Jose Quintana steadily backing up.

This is also thanks to teams like the Royals and Tigers, once believed to be sure shots, not winning as many games as previously thought, and the Twins dropping to the bottom of the division like a brick in water, or anything, really. The Indians are keeping a bunch of these teams down as well, but their rise may not be as steady as the Sox'. The Sox have an impressive, well-rounded roster that's full of fierce bats like Avisail Garcia, Adam Eaton and, yes, Todd Frazier.

I'm also pretty surprised that Brett Lawrie's making some offensive progress, after being Milt Pappas'd to Oakland in exchange for Josh Donaldson last year (and we all know how well that went for the A's.)

Here's hoping the White Sox can stay on top for a little while longer. This is a pretty refreshing baseball story, as opposed to the usual crop of '1st Place Red Sox' stuff.

Coming Tonight: Meanwhile, on the other side of Chicago, one of the most impressive figures of 2015 lights up for year #2.
Posted by Jordan at 5:11 PM