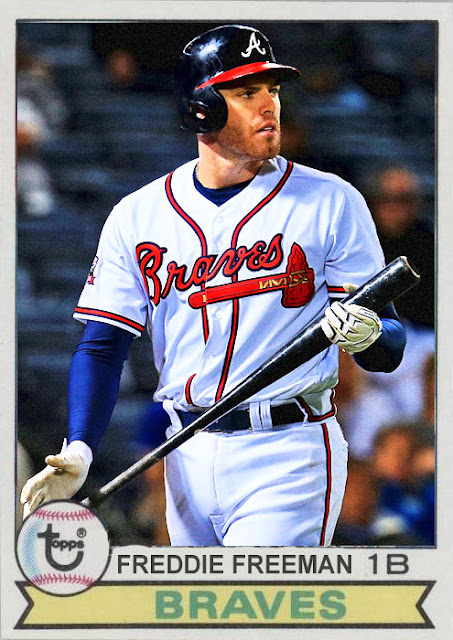 This week, Fredi Gonzalez, the man picked to succeed legend and Hall of Fame manager Bobby Cox at the helm of the Atlanta Braves, was swiftly thrown out the window after starting the team off with one of the most pathetic starts in franchise history.

If that doesn't sum up the Braves' 2016 season, I don't know what does. The guy that had so much potential and so much promise to lead a team...does this. And poof. Gone.

Which leeeeaves...a pitching staff that can barely win, a parade of young players that aren't ready, aging players being shoved in starting spots, and...HEY, FREDDIE FREEMAN! Nice of you to join us!

Freddie Freeman's the one I feel the most sorry for, because ever since the departure of Chipper Jones, he's been the cornerstone of the franchise, the guy that should lead by example and be the best guy on the team. And now that the Braves are absolutely tanking, the only thing I want for him is to get the hell out of Atlanta. It's sad. He should be on Cap Ripken duty for another ten seasons, but I feel for him. I empathize. And this season is an absolute crap-shoot for the whole organization. I hate to see a player that's so good at their job suffer this badly.

I'm not sure if I want to see the Braves suffer, but part of me wants this bloodbath of losing to keep going. For any Survivor fans in the audience (all 3 of you), it'd be interesting to see this team get completely Ulong'd, which means to lose constantly until they're completely mined for talent. Julio Teheran, Freeman, the prospects in the gutter...all divvied up. It's an evil thought, but it would at least make this parade of losses a little easier to stomach.

Braves fans, you have my empathy. I just wish this all was a little easier to watch.

Coming Tomorrow- The unofficial leader of the World Series champions.
Posted by Jordan at 11:44 PM