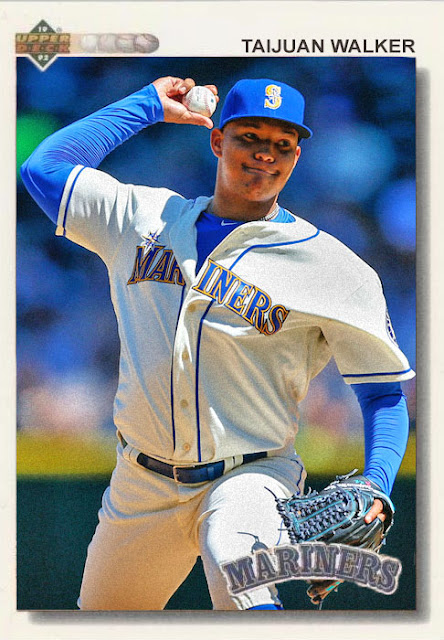 First Place Mariners. Man, you could have predicted a billion things for 2016, but you couldn't have called this one in a million years.

I couldn't be more overjoyed, too. This Mariners team has been the goat of the AL for a while now, and they almost got to the playoffs in 2014. They've been on the cusp for so long that the fact that they have a roster filled with bats like Robinson Cano, Seth Smith and Kyle Seager, all on at the same time, makes me very happy.

This also says a pretty big statement about the AL West. Last year, this was a pretty large, tough division, with the Astros, Rangers and Angels all racing for the finish. Right now only the Mariners and Rangers are staying afloat. It's not as much of an explosive division as it was, because the sure shots are depleting, the guys that were huge are losing their steam. And when something like that happens, somebody who's been waiting on the bottom for years, like the Mariners, can sneak their way to the top and make a stand.

Taijuan Walker is part of what's become a relatively strong rotation in Seattle this year. Aside from Felix Hernandez and Hisashi Iwakuma, who are strong at the top of the rotation as usual, people like Nate Karns and Wade Miley, plucked from AL East rosters, are doing some solid buttress work behind them, and while the rotation as a whole needs a bit of work (Iwakuma needs some more wins), this is a pretty solid start, and it's obviously getting work done. Walker's the biggest takeaway here- he's come up big in a breakout year with a low ERA and high strikeout levels. If it weren't for King Felix, he'd be the conversation starter there.

Another baseball story I want to keep going. Those Rangers are pretty tough down the stretch, but I hope the Mariners can stay hot.

Coming Tomorrow- Even in a pretty even NL West, they're still kind of pathetic. Anyway, here's their bearded pitcher.
Posted by Jordan at 12:46 AM