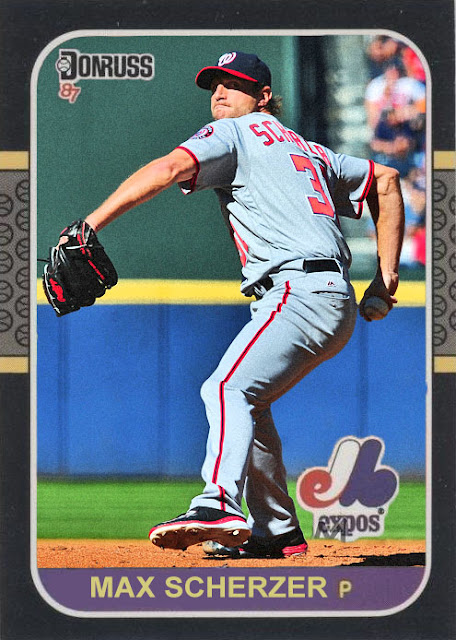 20 strikeouts. In one game.

And Max Scherzer's the guy that pulls it off.

I don't know how he did it, but Max Scherzer managed to find his way onto two straight mega-rotations, and consistently become one of the most powerful arms on each one. He killed in Detroit, and now, surrounded by even deadlier pitchers like Stephen Strasburg and Gio Gonzalez, he's killing some more, which blows my mind.

And now this 20 strikeouts thing happens, which is even more huge than I could have imagined. This came at the exact right time, in my opinion, because I was worried Scherzer would get lost in the arms race in the NL. People like Clayton Kershaw, Noah Syndergaard, Madison Bumgarner and Jake Arrieta are ruling the stats this year, and since last year the Scherzer-hype got lost in the smoke of Arrieta's postseason prowess, I was worried he'd keep getting overshadowed every chance he got in the NL.

Thankfully, there's hope for him yet.

Not just because the Nationals have a stronger, more compact roster this year. Scherzer's gotten off to an amazing start, and he's looking to stay on top for a while. I think he can outdo his feats in the last 2 seasons just by working on the basis of that last start. He's got a killer arm, and he can move mountains with it. Here's hoping this isn't the end of the accolades.

Coming Tomorrow- His team's inexplicably ahead of the World Series champs in the standings, and he's pitching like a pro.
Posted by Jordan at 11:42 PM