Colby Rasmus and the Mystery of the Slumping Astros 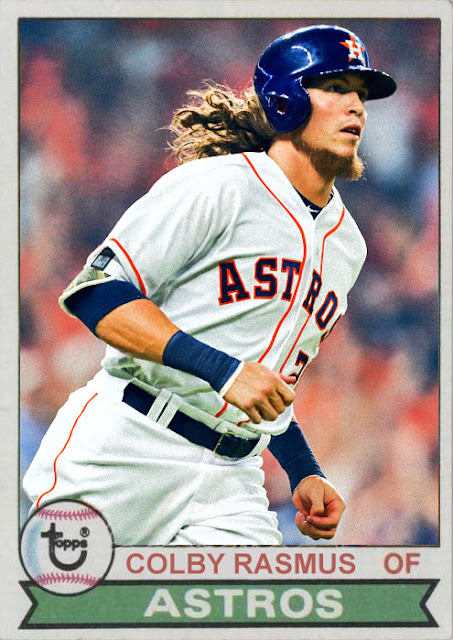 Before I get into the 'Stros, Anecdote Time:

March 2008. I believe it was Eastertime. I'm over my grandmother's house, and me and my dad, while waiting for my mom's dish of lasagna to bake, were watching, what else, Spring Training. Cardinals game, because that was what was on, and I hadn't developed my hatred for them yet.

We're watching, and this kid, Colby Rasmus gets up. My dad knew of my growing love of baseball, so he looked at Rasmus and pointed. "That's Colby Rasmus. He's one of the top prospects for the Cardinals. He's gonna be huge someday."

I heard him. So I remembered the name.

Unlike people like Andrew McCutchen or Austin Jackson, Colby Rasmus didn't exactly go for the HUGEST seasons. But he still went for good seasons. His tenure in Toronto was much-maligned, as he went and got cornrows halfway through one season, which was...kind of stupid. Once he got to the Astros he rebounded, first as a bench player, and eventually as one of the more reliable outfielders on the team.

And now, Colby Rasmus is one of the few Houston Astros who's doing his job well. Yes, the team isn't in last anymore, but they're a far cry from first, thanks, mostly, in part to the freezing up of the pitching staff, and the lack of offensive progress from Carlos Gomez, Evan Gattis and Luis Valbuena.  Springer and Altuve are there, but not as 'there' as they were last year. They're not the team they were in 2015, and it's become very clear.

The West is a tough division this year- the Rangers are completely rebuilt, and the Mariners are having a pretty consistent season too. So unless Rasmus and the Astros want to stay in last, they need to figure out how to get past those teams, or how to succeed down the stretch. Because they've had last place seasons before, and it'd be pretty unfortunate to have one only a year after the big comeback, and two years after the last drought.

The Astros are better than this...hopefully.

Coming Tonight- Most of the Padres have been offensively challenged this year...save for one.
Posted by Jordan at 3:41 PM