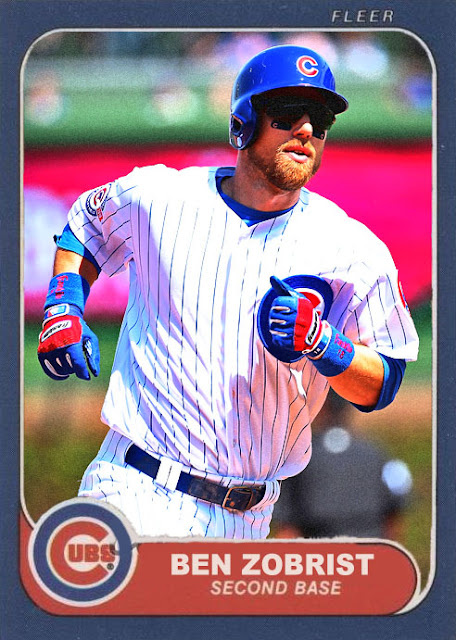 Jason Heyward had a slight injury incident he's coming back from, and Jorge Soler certainly covered for him. Kyle Hendricks had a bad start- he's young, and he's learning, and he's working on it. There aren't a ton of internal problems that are going to stop the Cubs from achieving success. They just had a crap week. It happens.

I mean, it happens to people who aren't Ben Zobrist. The Cubs may be slowing down a tad, but he's still hot as hell. Picking up exactly where he left off last year in Kansas City, Zobrist has a high average, is hitting like crazy, and is still a pretty nice defensive second baseman, certainly a step up from Starlin Castro. The infield, as per usual, is impressing in Chicago, and Zobrist just makes it all even more impressive.

Look, if Rizzo, Bryant AND Zobrist are all playing well...this whole drought thing might not be a huge problem.

Coming Tonight- He's been around since 1998, and he's still one of the best position players in baseball. That's pretty impressive.
Posted by Jordan at 4:34 PM