Last Place Yankees- You All Got Your Wish 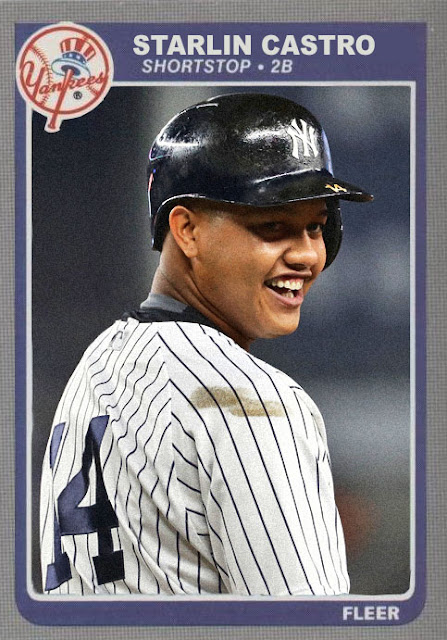 Now...I wasn't exactly expecting the Yankees to make a run at first this season, but LAST? Man, they certainly are unpredictable.

The main problem is that the pitching, which was hit-or-miss last season, is centering more on 'miss' this season. With the exception of a generally on-point Nathan Eovaldi, and a rebuilding Ivan Nova, the pitching's been especially pathetic, with Michael Pineda and C.C. Sabathia giving up too many runs, Masahiro Tanaka being only effective to a point, and Luis Severino showing none of the promise he had in 2015. The only sure thing in terms of pitching is the bullpen- Betances to Miller to Chapman works extremely well, but getting to that trio is difficult when the pitchers are giving up so many runs.

Starlin Castro at least had a pretty lethal start to the season, but with the exception of some hits here and there, he's gelled with the main lineup as pretty ineffective when it comes to dealing with opposing pitching. The guys that are hitting, like Carlos Beltran and Brian McCann, are both some of the older-tier members of the team. The younger kids we hired to hit, like Castro and Didi Gregorius, aren't doing much. Heck, Chase Headley's barely had any offensive progress this season.

There are some definite structural problems in the Yanks right now, and I'm not sure if they're ones that can be solved by the end of this season. People just need to start hitting, because right now we're losing a series to the Diamondbacks, a team that has worse structural problems that we do, as hard as it is to believe. If we start giving up games to teams that have no business winning anything this year, then the problems should be evident.

I just hope they can do something this season that doesn't involve bottoming out.

Coming Tonight- The first baseman for the worst team in baseball.
Posted by Jordan at 3:51 PM