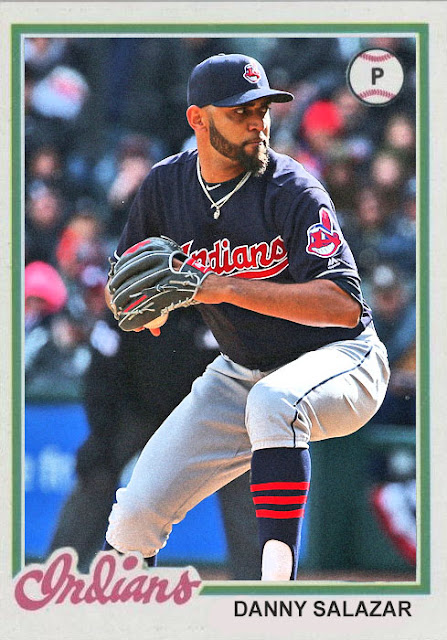 I know, we should really be paying attention to another group of 5 guys from Cleveland about now, but the Indians' rotation is still worthy of some praise. Because they're the main reason the Indians are doing so well in the standings right now.

This was something that had been building for a few years, and we got a preview last year of how reckless people like Carlos Carrasco and Danny Salazar could be. Now that the Indians have a nice enough offense to power behind, the pitching staff is even more powerful- now the strikeouts can no longer be in vain.

Corey Kluber is still technically the ace, and even though his stuff isn't winning as many games as it did in 2014, he's still pretty strong, and is doing pretty well in the strikeouts category (as per usual). But this year is about the rest of the rotation, because they're arguably doing better than Kluber.

Danny Salazar's off to a MONSTER start, leading the team in ERA and strikeouts, and bleeding into the overall league leaders categories. The guy went from essentially being the 4th starter last year to making his presence known in a big way.

This also a pretty big year for Trevor Bauer, who's been getting more starting time since the arrival of Carlos Carrasco onto the DL, and he's finally showing the potential he's been promising for years. He's already got a pretty nice W-L record, and is excelling in the strikeouts category. This is a guy that NEEDS a redemption, too- he's been struggling with control issues for a while, and gave up 23 home runs last year. He's a strong pitcher, but it seems like he's gaining control of his arm, which is promising for Indians fans.

Josh Tomlin and Carlos Carrasco round out the five, and while Tomlin's meant to bring up the rear, he's still a pretty nice arm, and is a lot better than the alternative, which, this season, is a subpar Cody Anderson performance. Carrasco's currently on the DL, but before he went on, he was providing some very nice numbers, picking up where his 2015 left off.

I'm not 100% sold on the Indians' lineup, but I really dig the rotation, and think they can definitely accomplish a ton if they base the team around them.

Coming Tonight- That sharp new rookie in St. Louis. No, not that one. The one that's been taking over for Jhonny Peralta and has a just as rare first name.
Posted by Jordan at 4:24 PM