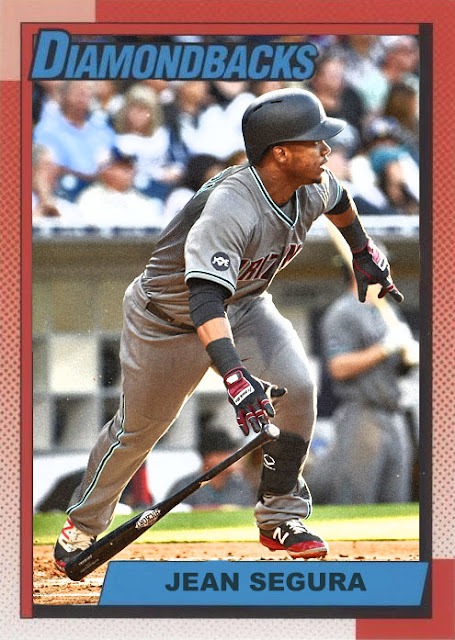 Baseball has these ways of folding back into itself and making these fitting little coincidences.

Jean Segura, in 2012, was a member of the Anaheim Angels. Of course, this was Mike Trout's rookie season, so a lot of you probably didn't know that. Any other LA rookie meant absolutely nothing that year. The Angels were attempting a playoff run, and needed another arm to complement their already-amazing rotation.

So, that July, they traded Jean Segura to the Brewers in exchange for Zack Greinke. Long team, the Brewers won that trade, because Segura had an All-Star caliber season in 2013, and though he never returned to that status offensively, he became an impressive defensive threat for the Brew Crew, while Greinke eventually wound up on the other side of LA.

The funny little coincidence I spoke of earlier is that both Segura and Greinke are a part of Arizona's latest franchise reclamation project, and are playing alongside each other, finally. And...so far I'd say that Segura, once again, is playing better than Zack Greinke. He's off to a fantastic start, hitting excellently, and playing better than a majority of the D-Backs squad right now. I'm pretty impressed, actually, as sad I am for Greinke not doing as well.

Not sure about the D-Backs being the SERIOUS THREAT they seemed like they'd be a while ago, but I'm hoping for a bunch of nice seasons at least for people like Segura.