Cutch in Philly: The Upside 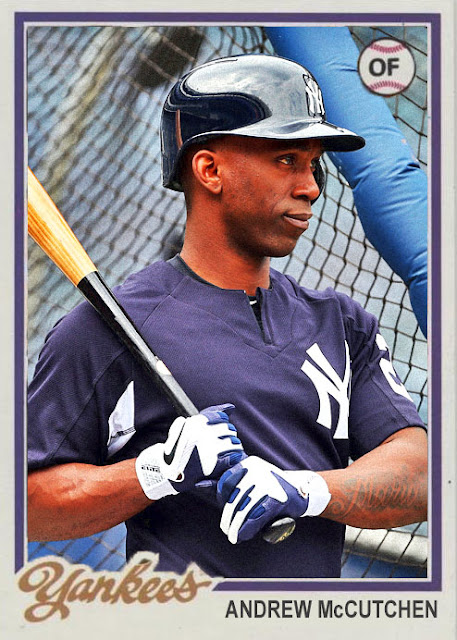 I'm gonna be honest: following the Winter Meetings has been relatively disappointing so far. Not much has happened. Yes, a cheap starter is signed here and there, a bench player is traded, but the BIG GUNS have stayed on the board, and except for Billy Hamilton heading to Kansas City and Ivan Nova heading to Chicago, there hasn't been a lot worth analyzing.

Hell, the most analysis-worthy move is one that's probably never going to happen: the much maligned deal that would send J.T. Realmuto to Queens, Noah Syndergaard to the Bronx, and Miguel Andujar to Miami, which has thankfully been vetoed by several persons involved.

So...if that's not happening, then what do we have to show for the first two days of the Winter Meetings??

First of all, how do I feel about this deal? One of my favorite players gets to play for one of my favorite teams for 3 years. That's friggin' awesome. I don't need to travel across the damned state to see Cutch play, I can just hop on the subway and see him in town. That is convenient as all hell, and I love it. Also, Cutch will now get to commandeer the Philadelphia outfield, and will get to work with Odubel Herrera and probably Nick Williams. As for Altherr and Quinn, uh...I have no idea, but...maybe?

Now, the fans online, especially Phillie fans, have felt betrayed by this move, as it apparently came 4 years too late, and it's apparently a cruel replacement for the Harper deal they're all waiting for. Do I think they're being harsh? Of course. They get a solid outfield bat, and they're complaining because they didn't get THE solid outfield bat they wanted. Are they forgetting that Bryce Harper has really only had two good seasons? Cutch has only really had one BAD season, comparatively. Cutch is also less of an infuriating personality, more of a leadership figure, and, ahem, more likely to have consistent progress for the length of the contract.

Again, we may still get Harper, and we may still deal with the consequences of that contract, but...Andrew McCutchen is less of a risk than Harper. Yes, Cutch is 32, but...he also had a nice 2018, which I can't really say about Harper. This is one of those times where I'd like to be wrong about Harper, but right now the name outweighs the talent.

So...as it stands, we have a former MVP outfielder who might be the piece that makes us a playoff threat again. Which isn't bad at all.
Posted by Jordan at 9:13 AM