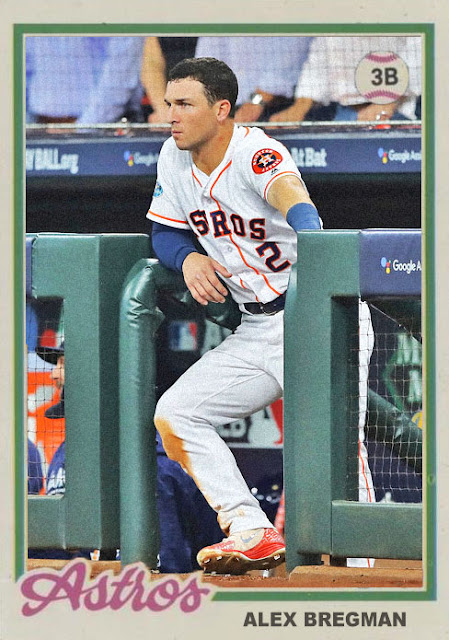 2018 may have been a slight downgrade from the Astros' spectacular 2017...but, above all else, it was the year of Alex Bregman.

The third baseman who'd shown glints of potential down the stretch of the 2017 playoff run came out in full force this year, running a serious threat for MVP, hitting 31 home runs, leading the league in doubles with 51, outdoing the WARs of even the Altuve-est of Joses. It proved that Altuve didn't have to always lead the team, and Springer didn't have to be the only hitter. And it intrigues me that this team could be even more fully-realized in 2019.

Bregman's rise was only one of many good signs for the Astros in 2018: 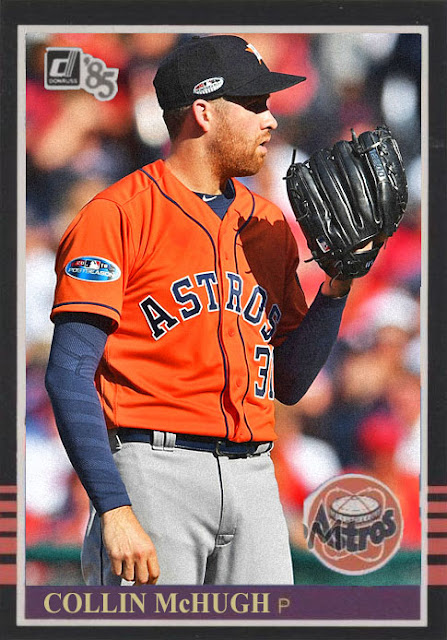 Firstly, there's the fact that Collin McHugh, once a noble second-banana to Dallas Keuchel, can be used as a setup man rather than a starter. His relief work was surprisingly fantastic, as his starting numbers paved way for the occasional long relief work. It was a noble experiment that seemed to work, though perhaps you can expect McHugh to return to the rotation if the 'Stros don't pursue pitching after Keuchel's departure. 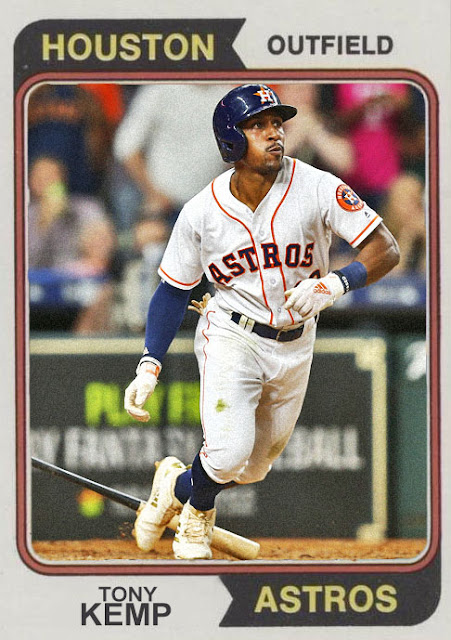 2018 also meant the rise of the Astros' bench. Between Tyler White and Tony Kemp, Houston had enough extra bats to rely on towards the end of the season, and Kemp damn near chased Josh Reddick for the last outfield spot. Given a starting promotion, I wouldn't be surprised if he goes even bigger, but we could be seeing a Jarrod Dyson situation, where his bench numbers may be more in demand in Houston. 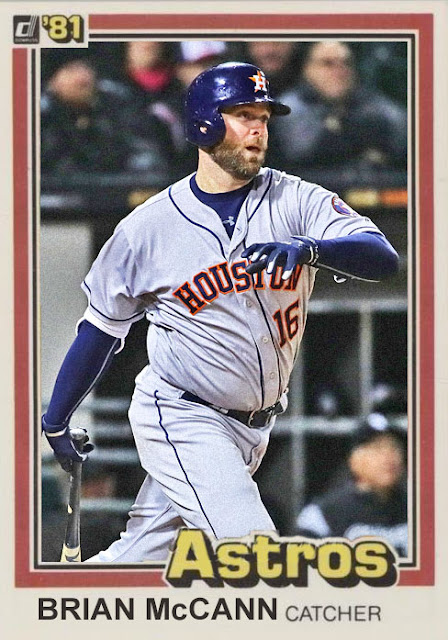 Hell, after Martin Maldonado took over the catching spot, Brian McCann became a decent bench bat as well. Now, granted, his best days are WELL behind him, and his tenure in Houston has officially ended, thanks to a move back to Atlanta, but as a contact hitter, he occasionally made fans proud. If injuries, and age, didn't take the bite out of him, we would have seen a lot more from him, but what we got was fine, I guess. 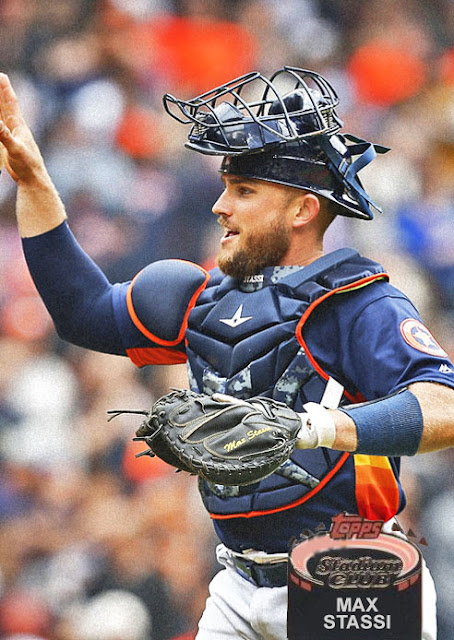 In McCann's absence, prior to Maldonado's arrival, Max Stassi was the starting catcher for the Astros, and he wasn't bad, if...slightly unspectacular. I have a feeling that Stassi is looking towards a career as a backup catcher, but his numbers weren't bad, and he could either be an impressive starter or backup for the team next year. 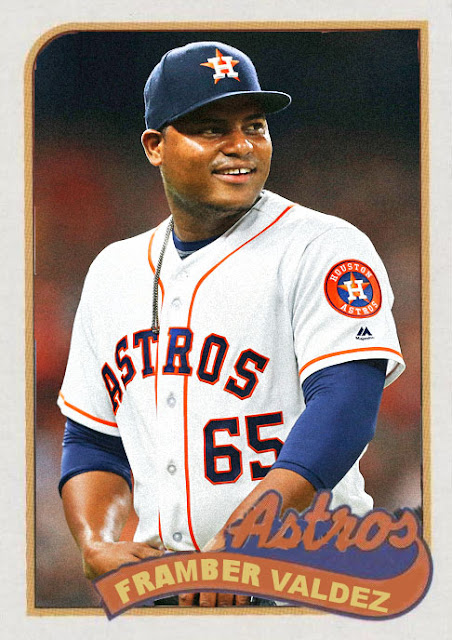 Also good to note- when in doubt, people that weren't Verlander, Keuchel, McCullers, Morton or Cole could do well as a starter. Look at Framber Valdez, who was brought up late, started some games, and did pretty well for himself, despite not making the playoff roster. Look for Valdez to either work relief for Houston, or be trade bait for a reinforcement, and end up being a Velazquez-esque flamethrower somewhere else. 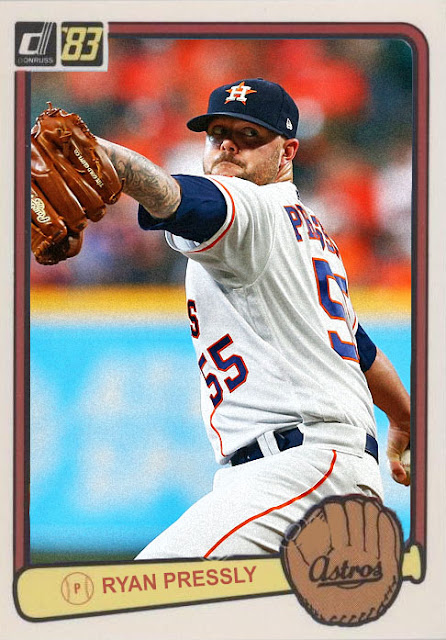 Another impressive development: surprisingly great relief pitching. Ryan Pressly was a steal from Minnesota, and he made the most of his trade, pitching well into the postseason, and giving great October numbers out of the 'pen. 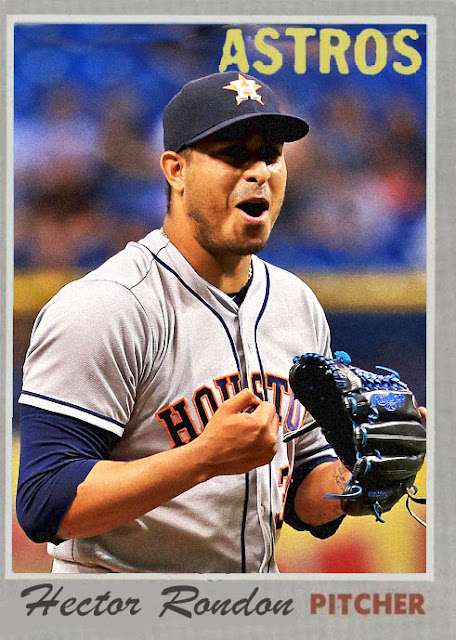 Additionally, this year saw the return of Hector Rondon to the ninth inning, after the closing gig was passed from him to Aroldis Chapman in Chicago for the World Series. Yes, Rondon has a ring...and nearly got his second one, but he was a nice closer/relief man that bridged the gap between Ken Giles' woes and Roberto Osuna's bad attitude. Not sure if he's still able to give good closing material, but the Astros have him for one more year, so we will see.

Coming Tomorrow- Everyone counted them out, but they snuck into the race and nearly took down the Yankees for a Wild Card spot. The A's heroes get their spotlight tomorrow.
Posted by Jordan at 6:25 PM
Labels: Alex Bregman, Astros, Brian McCann, Collin McHugh, Custom Cards, Framber Valdez, Hector Rondon, Max Stassi, Ryan Pressly, Tony Kemp