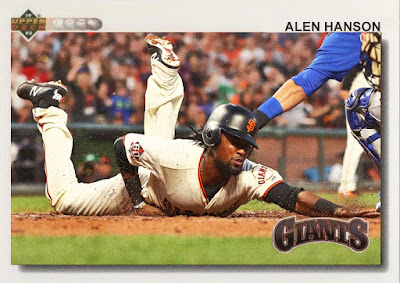 Well...I'm not really sure what the Giants were expecting in 2018, but they finished in fourth place, thanks in part to dedicating 60% of their roster to people over 30. Of the two major 30+ signings this year, one lasted 5 months, while the other was injured for a portion of the year...and their marquee catcher decided to follow suit.

So, not a great year, but they learned a lot. Hopefully. I don't know, if they sign J.A. Happ, Bartolo Colon and Jose Reyes this offseason, then maybe they haven't.

One of the few signals of youth in this roster was Alen Hanson, a 25-year-old journeyman utility specialist who spent the majority of the season filling in for Joe Panik and Evan Longoria. He did a heck of a job, too, sporting 74 hits in 110 games, and stealing the exact amount of bases the two men he covered for stole combined this year. He's gonna be a decent guy to have around next year. 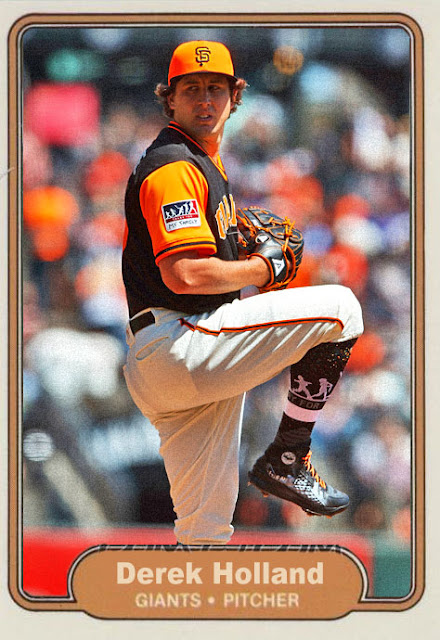 In a year where the two most likely aces, Madison Bumgarner and Johnny Cueto, missed time due to injury, it was Derek Holland who was the most consistent head of the rotation, notching his best season since 2013, with 169 strikeouts and a 3.60 ERA. Not bad at all, especially after a mediocre year in Chicago in 2017. 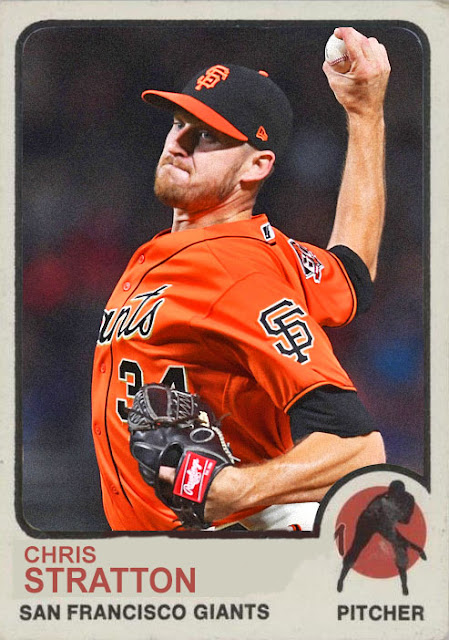 One of the few homegrown talents to step up this year was Chris Stratton, whose solid early material ballooned out to a 10-10 finish. I expect him to be a solid fifth man next year. 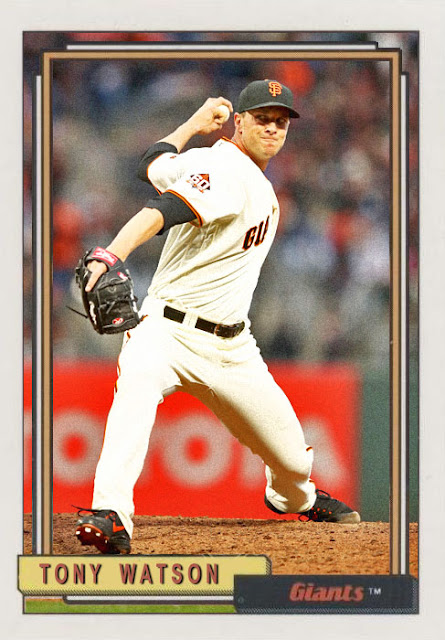 Still one of the better relievers in the NL, Tony Watson did his usual damage on the unsuspecting lineups of the NL West this year, with 72 strikeouts in 66 innings, and a 2.60 ERA. Not bad at all for a fourth place team. 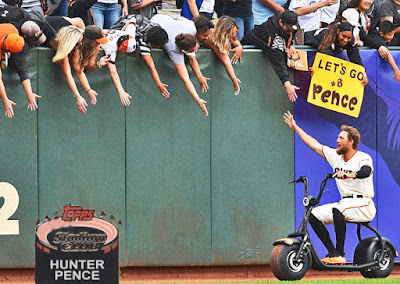 Hunter Pence is one of my favorite players, thanks to his insatiable spirit, and his wonderful season in Philadelphia. After several great years with the Giants, 2 rings, and a load of fan support, Pence decided he'd be retiring after the 2018 season, thanks to some pesky injuries. It made sense, but...it still hurt. And as you can see from this photo, the fans weren't ready to say goodbye yet, but they gave him one hell of a finale.

Coming Tomorrow- The unluckiness continues for one of the strongest perennial teams in the AL to be stuck without rings.
Posted by Jordan at 6:33 PM